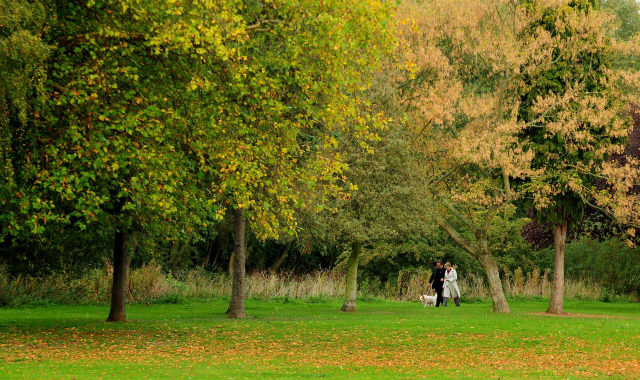 A quarter of people have found it harder to follow rules during the UK’s second lockdown, citing bad weather, feeling worn out and a sense of unfairness, a study has found.

Some 24% of people are finding the second lockdown harder, 24% said the rules are easier to follow now and 48% said they are coping about the same, according to King’s College London (KCL) research.

The majority (82%) said they are being just as careful or more careful now about obeying the rules.

But over the course of the pandemic one in six (16%) said they have felt there is no point following the rules any longer, and 14% say they have been pressured to break the rules by a friend or family member.

And 16% said they have accidentally broken the rules because they didn’t understand them, rising to 29% for those aged between 16 and 34.

The researchers interviewed 2,244 UK residents aged between 16 and 75 online between November 20 and 24.

Reasons for finding the rules harder include bad weather hindering seeing others outside (44%), feeling fatigued by the crisis (42%), a belief that the restrictions are not being applied fairly (34%) and less trust in Government or official advice (34%).

A quarter (24%) said they think people’s personal freedoms had been restricted too much already, 23% said they felt bored by the coronavirus crisis and 19% said they felt hopeless about it.

More than half (54%) of women who were finding restrictions tougher said it was because they missed meeting friends outside. Men were more likely to say they were bored (27%).

Women were also more likely to have felt worn out by the pandemic (47% of women versus 33% of men).

Around one in six said they’re being more careful (17%), while a similar proportion (16%) said less careful.

Over the course of the pandemic, almost three-quarters (72%) have felt disappointed by people not following recommended measures in public.

Professor Bobby Duffy, director of KCL’s Policy Institute, said the public has been “remarkably resilient”, with the majority saying they are following restrictions carefully during the second lockdown.

He continued: “But this isn’t everyone’s experience: one in six say they’re not being as careful in obeying the rules, and one in four have found it tougher to follow them this time.

“Social isolation and a feeling of being worn out by the crisis are drivers of this, but so too is the official response to the pandemic.

“A third of those who have found the latest rules more of a struggle say it’s because they feel the restrictions have not been applied fairly, and the same proportion cite reduced trust in official advice as a reason.

“As we come out of this national lockdown and enter a new tiered system, the Government must rebuild confidence in its approach and clearly communicate what it is doing and why.”

Separate polling suggests that almost half (46%) of Britons think life will be back to normal within a year, following positive vaccine announcements.

Just over half (53%) say it has made a positive difference to how optimistic they feel, the Ipsos MORI survey of 1,049 adults found.

But it suggests significant numbers are unsure whether they would take the vaccine.

Some 68% said that they definitely or probably would take it, with older people more likely to say they would get vaccinated.

Kelly Beaver, managing director of public affairs at Ipsos MORI, said: “With over a fifth of Brits either not sure or leaning towards not taking a vaccine, there is a greater need than ever for clear communications from Government, targeted at convincing those waverers of the importance of this step in fighting Covid-19.”