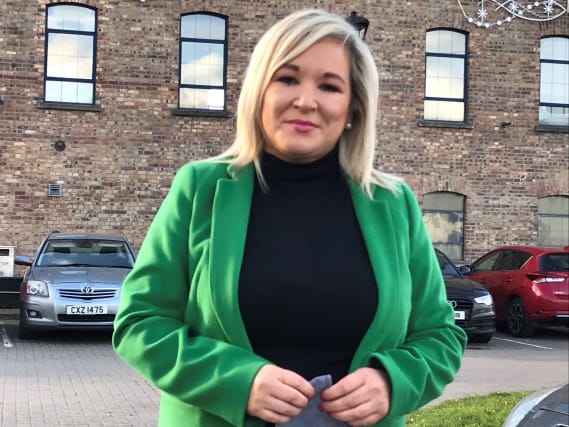 Northern Ireland Secretary Brandon Lewis drew criticism from nationalists and support from unionists after deciding to await the outcome of other processes before announcing his next step.

Ms O’Neill said the Government’s choice was one of a “rogue state”.

She said: “This evening the family of murdered human rights lawyer Pat Finucane has been shamefully denied a public inquiry and the justice and truth they deserve.”

Ms O’Neill added: “The decision by British Secretary of State Brandon Lewis to once again deny the family of Pat Finucane a public inquiry places the British Government on a long list of rogue states who are comfortable acting beyond the remit of the law.

“The British Government and the political establishment in Downing Street have again closed ranks to prevent a public inquiry into the murder of Patrick Finucane.”

He said: “What we really need is not special attention to one case but a holistic approach to legacy that enables all innocent victims to have access to truth and justice.”

He said: “In a case like this, in which Prime Minister (David) Cameron acknowledged that there were ‘shocking levels of collusion’, there is an undeniable onus on the state to do everything possible to restore public confidence through a process that fully meets relevant international standards and obligations of effectiveness, independence and transparency.

“I have conveyed to the Secretary of State for Northern Ireland our disappointment that an inquiry has not been established and made clear that it remains the position of the government that only through a full and independent public inquiry will a satisfactory resolution to this case be found.”

Labour’s shadow Northern Ireland secretary Louise Haigh said it was a “painful setback” for those who had campaigned for the truth for decades.

She said: “That this crime could happen at all in our country is shocking, that it has never been investigated to a lawful standard is unjustifiable and we have to ask ourselves, as we do with all legacy issues with the Troubles, do we accept a lesser standard of justice for citizens of Northern Ireland than we would if this terrible crime had happened in our constituencies?”

“Passing the buck to the police in Northern Ireland, when its predecessor, the Royal Ulster Constabulary, was deeply implicated in the Finucane case is beyond farce.

“This decision will add fuel to the fire of suspicion that there is and continues to be a sinister cover-up of the full extent of official involvement in this murder.”

Police Service of Northern Ireland (PSNI) Chief Constable Simon Byrne said: “It is our view that there are currently no new lines of inquiry.

“We now need to decide if a further review is merited given all the previous investigations into this case.”