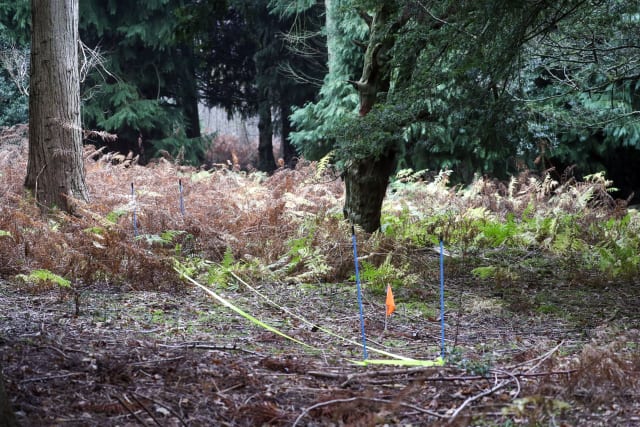 The jury in the trial of a man accused of murdering Louise Smith have been shown the area of woodland where the 16-year-old was “brutally” killed.

Shane Mays, of Havant, Hampshire, is on trial at Winchester Crown Court charged with murdering Louise, who was training to be a veterinary nurse.

She disappeared on VE Day, and her body was found “defiled and burned” 13 days later in woodland at Havant Thicket. She had suffered multiple blows to her head, causing her facial bone structure to collapse.

The 12 men and women trying the case were taken to the scene where Louise’s body was found on May 21.

They were also taken to see the location of the flat where 30-year-old Mays lived with his wife, Chazlynn Jayne Mays, known as CJ Mays, who is the cousin of Louise’s mother as well as the victim’s aunt.

James Newton-Price QC, prosecuting, has told the court there are no CCTV cameras on the route believed to have been used by Mays as he walked with Louise to Havant Thicket where she died.

He also said mobile phone mast signals placed Louise in the area of the route on the afternoon of May 8.

The jurors were also taken to shops in Somborne Drive, where the defendant and Louise visited the night before she was killed and where Mays returned the afternoon after she was killed, to buy pizzas from Iceland.

Mays denies murder but has pleaded guilty to manslaughter.

The trial was adjourned until Tuesday.