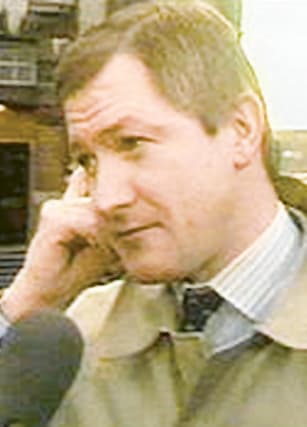 The British Government has decided not to order an immediate public inquiry into north Belfast solicitor Pat Finucane’s murder during the Troubles.

There could also be a review of the case by officers at the start of next year, highly likely to be carried out by a force from outside Northern Ireland.

His son John said: “We are very angry.

“What the British Government proposed to us today was nothing short of insulting.”

The chief constable of the Police Service of Northern Ireland (PSNI), Simon Byrne, said there were no new lines of inquiry.

Northern Ireland Secretary Brandon Lewis said: “It is in the public interest to allow the police and ombudsman processes to proceed before taking any decision on whether the state’s Article 2 (duty to investigate deaths) obligations have been discharged or whether further steps are required.”

John Finucane, Sinn Fein’s North Belfast MP, said the Northern Ireland Secretary’s response was a disgrace, adding the family had waited 31 years for an effective investigation into the murder of their father.

“The British Government at every opportunity will continue to make the wrong decision and put all their efforts into ensuring that the truth of what happened to my father will not see the light of day and they are intent on suppressing that,” he said.

Mr Lewis told MPs he would “consider all options available to me” to meet the Government’s obligations to ensure an effective investigation into the death.

He added in the Commons: “This Government has demonstrated that when the public interest requires it, we will establish public inquiries to look at any potential failings by government or state bodies – as, for example, we’ve done with the Manchester bombing.”

He said Mr Finucane’s death was just one example of the violence and tragedy experienced by so many people across Northern Ireland, the rest of the UK and Ireland during the Troubles.

He added the Government remains committed to dealing with the “legacy of the past in its entirety”.

The judges found that the Government had been justified in later deciding against holding one.

Amid a Government delay in responding to the judgment, Mrs Finucane took fresh judicial review proceedings against the state.

Mr Byrne said: “It is our view that there are currently no new lines of inquiry.

“We now need to decide if a further review is merited given all the previous investigations into this case.”

He promised to inform the Finucane family once a determination has been made.

“If we determine that a review should take place, we will then have to decide if we are best placed to carry out that review.

“As it stands it is unlikely that we would enjoy a perception of independence in this case, given the accepted position of state involvement in this matter.

“Therefore, it is highly likely that any review would need to be conducted independently.”

Irish Foreign Affairs Minister Simon Coveney said he was disappointed but noted a public inquiry had not been ruled out in future.

“In a case like this, in which Prime Minister (David) Cameron acknowledged that there were ‘shocking levels of collusion’, there is an undeniable onus on the state to do everything possible to restore public confidence through a process that fully meets relevant international standards and obligations of effectiveness, independence and transparency.”