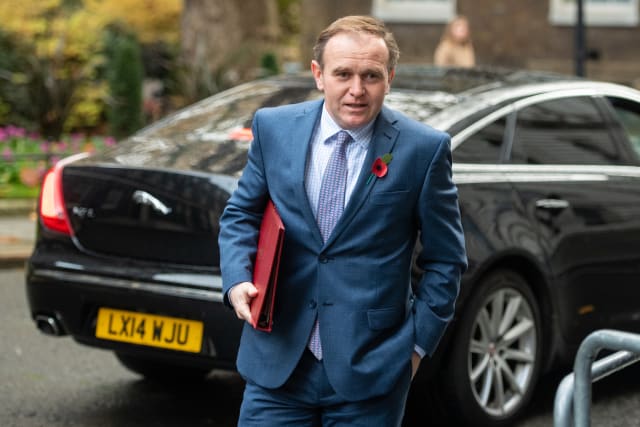 Hundreds of family farms in England will be put at risk by a “full-throttle attack” contained in the Government’s post-Brexit reforms to farming support, MPs have warned.

Environment Secretary George Eustice insisted moves to reduce subsidies for farmers from next year and replace them with payments to protect the environment represent an “an evolution, not an overnight revolution” by the Government.

But Labour were joined by MPs from other parties in expressing concerns about the impact of the changes, including that it could “eradicate the good English farmer”.

The changes to agricultural policy after Brexit, which will be brought in over seven years up to 2028, are being seen as the most significant change to farming and land management for England in more than 50 years.

A new roadmap from Government spells out how “direct payments”, paid out under the basic payment scheme for the amount of land farmed, will start to be reduced from 2021 on the way to being phased out by 2028.

Shadow environment secretary Luke Pollard told the Commons: “Labour supports public money for public good, of course we do, but that’s not what this is about.

“Strip away the green coating and these proposals are a full-throttle attack on English family farms – English because Scotland, Wales and Northern Ireland farmers are going in a different direction by maintaining support for small farms for longer.

“Under these proposals, many small farms will lose up to half their current support payments within just three years, leaving many financially unviable.”

Liberal Democrat Tim Farron (Westmorland and Lonsdale) added the reforms will lead to “hundreds upon hundreds of those family farms going out of business and therefore not being in a place to deliver those environmental goods by 2028”.

He said: “The landscape of the Lake District and the Yorkshire Dales is shaped by centuries of family farming.

“By accident, the Government could undo all of that in a few short years, even months, so will he think again and not penny-pinch, and make sure that basic payment is rolled over in full until the point that the environmental land management scheme is available for everyone?”

The Government has committed to maintaining the £2.4 billion per year for farming over this parliament, but plans to halve the £1.8 billion paid in direct payments by 2024, with the biggest reductions in the highest payment bands.

The £900 million saved will go towards introducing an “environmental land management” (ELM) scheme which will reward farmers for sustainable farming practices, creating new habitats and even rewilding land.

There will also be funding for a farming investment fund, which will offer grants for equipment and technology such as robots and new infrastructure such as water storage on farms, and which will open from next year.

A resilience programme will help those most affected by the phasing out of direct payments to help farmers plan and manage their businesses, and there will be a consultation on lump sums for those who want to exit the sector altogether.

Conservative former minister Philip Dunne, also a farmer, said he “broadly” welcomed the Government’s transition plan to improve the environment but voiced concerns over “farming viability” given a phased 50% cut in support for some over the next three to four years.

Labour’s Barry Sheerman (Huddersfield) added to Mr Eustice: “He is a member of a Government renowned now, notorious indeed, for its chumocracy and its favours for friends, and I believe that what he’s ushering in today is a charter for city slickers, for carpet backers, for spivs to take over our farming sector and drive out the traditional smaller English farmers who have been feeding our nation for so many years.

Mr Eustice replied: “This policy, we think, will lead to stable food prices.”

Officials want the new scheme to be more flexible and less prescriptive than the environmental schemes under the EU’s Common Agricultural Policy, in which farmers complained of inspectors measuring field margins with tape measures and penalising them if they were a few centimetres out.

There will also be moves to simplify and improve existing subsidy schemes while they continue, and efforts to cut red tape and design a more targeted regulatory system, the Government said.

Making a statement to MPs, Mr Eustice said: “We know that this policy marks a significant change.

“I’m also very conscious of the fact that many farm enterprises are dependent on the area-based subsidy payments to generate a profit and that without it some might judge they would not be profitable.

“So, we have created a seven-year transition period. We want this to be an evolution, not an overnight revolution.

National Farmers’ Union president Minette Batters told the BBC: “This is quite late in the day – four-and-a-half years since the referendum.

“And here we are, a month effectively from leaving the end of the transition period and these radical changes taking place in 2021 – the start of.

“So, it is really farmers wanting to know the detail of the scheme.”