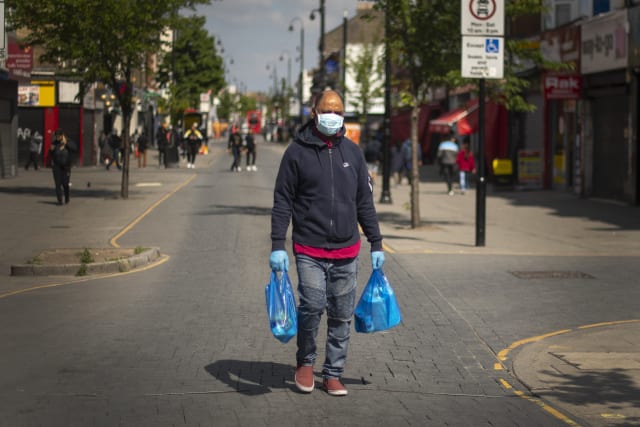 Community spirit seen at the beginning of the coronavirus pandemic is “rapidly ebbing away”, according to a former head of the Civil Service.

Six million fewer people in England volunteered or supported their neighbours during the second national lockdown, with only a quarter of people having done so since the start of October, estimates have suggested.

A new report, published by research charity Pro Bono Economics (PBE) to mark the start of a major two-year commission on the future of civil society, concluded that, while there is strong public support for the work of charities, there is “significant room for improvement in the way the British social sector works”.

Polling of 1,696 adults in Great Britain by YouGov found 84% of people in the UK believe charities play an important role in society, with half saying such organisations and community groups played a “very” important role during the pandemic.

The research suggested 18 million people in England had helped friends or neighbours with tasks like shopping and dog-walking during the first lockdown, but that this fell for the second shutdown.

The commission, run by PBE and chaired by Lord Gus O’Donnell, aims to “tackle the systemic challenges stopping civil society delivering on its potential”.

Lord O’Donnell, former cabinet secretary and head of the Civil Service, said: “At the start of this crisis the nation’s spirits were lifted by the multiple acts of kindness we saw. But that spirit is rapidly ebbing away.

“If we are to build back better and level up we need urgently to unleash the full potential of this vital (civic) sector.”

Other findings included that 40% of respondents think Britain would be a better place if charities and community groups had more involvement in decision-making at a national level, and 42% agree that with more support from Government charities could achieve more.

PBE chief executive officer Matt Whittaker said: “The public clearly think that the nation’s charities and community groups are a force for good.

“But there is a sense too that they might do even more.”

He said business and Government, alongside charities and community groups, must help the potential of civil society move in the right direction, something he described as an “enormous task”.

He added: “The good news is, getting this right and fully involving civil society in plans around building back better and levelling up has the potential to unleash a powerful force for renewal.”

It said civil society is undervalued and overlooked, it is too often viewed in isolation, or ignored, and that there is a mismatch between the supply of money, time and effort delivered through the social sector and the demand there is for support.