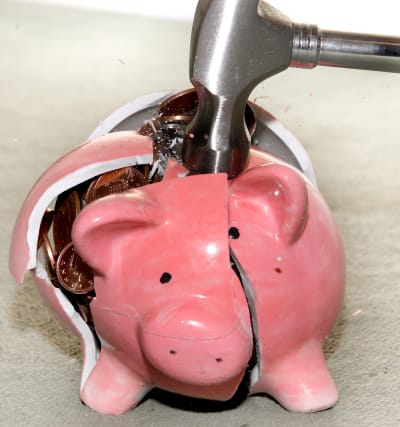 More than three-quarters of people in their 20s have had to dip into their savings in the past six months to cover day-to-day costs, a survey has found.

Some 78% of 20-somethings said they had used savings to cover everyday bills and expenses, as had six in 10 (60%) of people across all age groups, Fidelity International said.

It also found that while a fifth (19%) of adults needed to dip into their savings often, this was also most prevalent among those aged 20 to 29 years old, with a third (32%) repeatedly relying on their savings.

The majority of adults spent this money on basic necessities, including food, household bills and supporting family members, with people spending an average of £843 from their savings over this six-month period.

Even with coronavirus support measures in place, four in five (81%) workers surveyed who had previously been furloughed said they had needed to access their savings over the past six months.

More than three-quarters (77%) of those who remain furloughed continue to use their savings to support day-to-day spending, according to the survey of 3,000 people across the UK in October.

Maike Currie, investment director at Fidelity International, said: “Months of uncertainty have left many households facing very real financial challenges, with little choice but to rely upon their savings to cover the cost of daily essentials.

“The disruption caused to financial routines will not only have seen them forced to sacrifice savings goals but caused significant stress and anxiety – no-one likes the idea of dipping into their emergency funds.

“If you are in the position of having to rely upon your savings, it’s important to review your overall financial position before you make any decisions.

“Consider the savings pots you’ve created for your goals, both short-term and long-term, and which are the most essential to your financial future. Goals such as retirement may seem a long way off, but the decisions you make now can affect your plans in the future.”

While many have used savings pots to plug income gaps, the research also found a quarter (26%) of people have increased the amount they put into savings over the past six months, setting aside an average of £1,649.

Again, younger adults indicated they had faced a bigger financial challenge, with savers aged 18 to 24 typically putting aside £1,198 in lockdown.

Ms Currie continued: “For those who have found themselves in a more fortunate position and saved money during the past few months, this could be a good opportunity to strengthen your savings. It’s worth thinking about how you use this to maximum effect for the future.

“For example, putting an extra 1% of your monthly salary into your workplace pension each month can make a real difference in the income you’ll have in retirement. This relatively small sum – which may be equivalent to what you’re saving through lifestyle changes at the moment – will have time to grow and ensure you’re on the right road to achieving your retirement goals.”