Victims remembered one year on from Fishmongers’ Hall attack 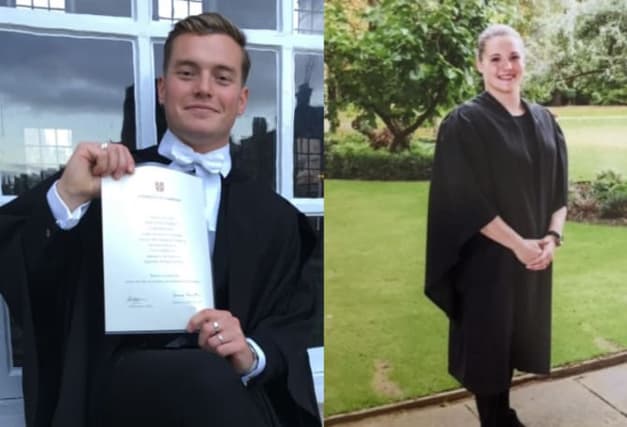 Colleagues of London Bridge terror attack victims Jack Merritt and Saskia Jones are commemorating their loss one year on from the tragedy.

Mr Merritt, 25, was fatally stabbed along with Ms Jones, 23, by convicted terrorist Usman Khan during a prisoner rehabilitation event at Fishmongers’ Hall in London on November 29 last year.

The event was organised by Cambridge University’s Learning Together programme, of which Mr Merritt was a course co-ordinator and Ms Jones was a volunteer.

Ruth Armstrong and Amy Ludlow, co-directors of Learning Together, said in a joint statement: “Twelve months have passed since the tragedy at the Learning Together alumni event at Fishmongers’ Hall.

“Our thoughts are with everyone who was there with us that day, and all who have been impacted.

“We grieve especially for the loss of our inspirational colleague Jack, and our brilliant alumna Saskia.

“Their families and friends are uppermost in our hearts and minds.

“We stand with our whole community, determined to play our part in building towards a better world for us all.”

Learning Together aims to bring offenders and people in higher education together to “study alongside each other”.

Khan, 28, was out on licence when he attended the event armed with two kitchen knives and wearing a fake suicide vest.

Cambridge University vice-chancellor Professor Stephen J Toope, said: “A year ago our university community was shocked, horrified and profoundly saddened by the senseless attack at an event hosted by the Learning Together programme.

“Twelve months on from that day of tragedy, we remember Saskia Jones and Jack Merritt.

“Our thoughts are with their families, their friends and their colleagues on this saddest of anniversaries.

“Our thoughts are also with the colleagues who lived through the horror of that attack and the trauma of its aftermath, and who we are fortunate to have with us.”

London Mayor Sadiq Khan said the recent rise in the national terrorism threat level and increase in online extremism are “reminders that challenges lie ahead”, but assured the public that police are “working harder than ever to counter that threat and keep Londoners safe”.

Mr Khan said: “On the first anniversary of the terror attack at Fishmongers’ Hall and London Bridge, we will be taking the time to stop, reflect and remember the two innocent people who lost their lives – Jack Merritt and Saskia Jones – and the principles they stood for and the hope they inspired.

“They will forever be in our thoughts, as will the families and friends of all those affected.”

He added: “The way that our city responded and stood united in the aftermath of the attack showed the world once again that those who seek to divide us and destroy our way of life in London will never succeed.

“The best way to defeat hatred is not by turning on one another, but by focusing on the values of decency and mutual respect that bind us together and will always prevail.”