Struggling parents would ‘cancel’ Christmas due to money and health pressures 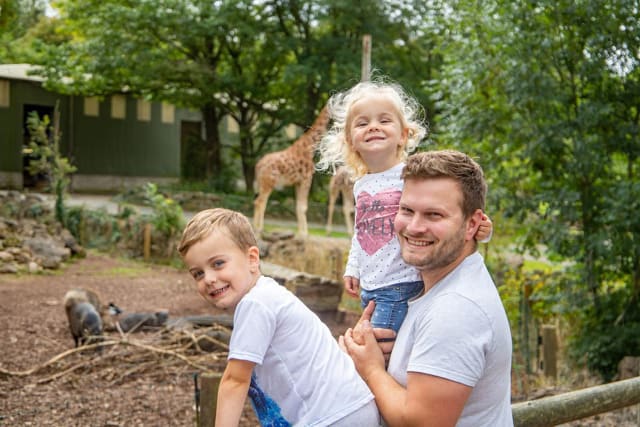 Struggling parents admit they would avoid celebrating Christmas if they could as they face financial and mental health pressures during the Covid-19 pandemic, according to new research.

Action for Children, a charity supporting vulnerable young people, questioned a combined two thousand parents and children on their feelings and concerns ahead of the festive season.

The polling found that one in six (17%) parents would “cancel” the festive holiday this year if they could, while over half of children (57%) think their parents will be worried about making it a happy time for their family.

Nearly half (46%) of surveyed parents on Universal Credit said they were facing their first ever Christmas on the benefit, with 41% of these wishing they could cancel Christmas and 55% reporting plans to delay paying household bills, borrow money or sell belongings to pay for festive celebrations.

The findings come from an online survey, conducted by pollster YouGov between October and November, of 1,060 parents of children aged 18 and under and 1,031 children aged six to 15.

Polling revealed that around half of children (49%) reported feeling anxiety, a third felt lonely (33%), a quarter felt angry (26%) and more than a third (38%) said they were scared of falling ill or dying.

One in five (22%) parents reported their children having mood swings or panic attacks, while 13% of children admitted to suffering nightmares.

Carol Iddon, deputy chief executive of Action for Children, said: “Christmas should be the most exciting time of the year but instead children and young people are desperately struggling to get through this crisis, with parents wishing away the pressure of the festive season.

“Every day our frontline workers are helping parents keep their heads above water as some face the prospect of eviction or selling belongings to cover the cost of Christmas, while vulnerable children who should be enjoying a safe and happy childhood are suffering nightmares, panic attacks, or being scared of issues like death and illness.”

She urged the Government not to reduce benefits payments next year.

In interviews, families told the charity of the difficulties they face in meeting their basic needs as coronavirus restrictions increase living costs.

Parents Caroline Rose and Neil Tugby, both aged 28 and from Sandwell near Birmingham, were both made redundant shortly after the first lockdown.

Their daughter Heidi was born prematurely and has been in and out of hospital while Ms Rose was on maternity leave.

With finances tight, the couple were helped by Action for Children to buy food and toys.

“I’m dreading Christmas as I’m struggling with my mental health, and Neil’s hair and beard is falling out from all the stress too,” Ms Rose said.

“I’ve found a part-time job but it’s not enough and Neil found a temp job but because we’re now shielding for another operation for Heidi, they had to let him go after only a few weeks.

“I think we have £12.12 in the bank right now. How am I going to pay our rent? We’re probably going to lose our house as our savings have run out. I’m now considering selling my engagement ring. We’d definitely be cancelling Christmas this year if we could.”

Mike Trower, 32, a single parent from Paignton in Devon, was forced to put on hold plans to open a new business as the Covid-19 crisis unfolded.

He described how his four-year-old son Cody’s behaviour changed during lockdown.

“He now has real social anxiety,” Mr Trower, who is also father to two-year-old Lara, said. “He regularly tells me he’s sad and angry. He’ll scream out the car window and cry and have a panic attack – it’s because he’s spent so much time with me this year and now he struggles to be on his own.”

People are encouraged to donate to Action for Children’s Secret Santa campaign to help support vulnerable children by texting CHILD to 70607 or visiting iamsanta.org.uk.