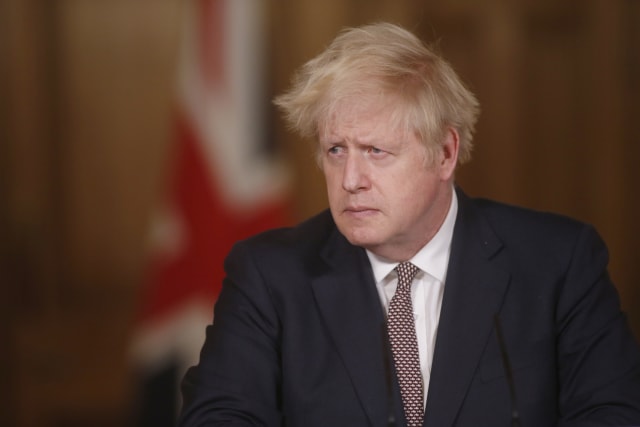 Boris Johnson has warned there will be “disastrous consequences” for the NHS without the introduction of new tiered coronavirus restrictions when the national lockdown ends next week.

The Prime Minister, who is facing a rebellion from his backbenchers over the stringent measures, urged the nation to “work together” with tiering, testing and vaccines.

Writing in the Mail on Sunday, Mr Johnson said he believed Easter would mark a “real chance to return to something like life as normal”, but stressed that it was still too early to relax restrictions.

He said: “We can’t blow it now. We can’t just throw it all away – not when freedom is in sight. We have worked too hard, lost too many, sacrificed too much, just to see our efforts incinerated in another volcanic eruption of the virus…

“We are so nearly out of our captivity. We can see the sunlit upland pastures ahead. But if we try to jump the fence now, we will simply tangle ourselves in the last barbed wire, with disastrous consequences for the NHS.

“So let’s do the job properly. Let’s work together, and with tiering, testing and vaccines let’s make 2021 the year we kick covid out, take back control of our lives and reclaim all the things we love.”

Mr Johnson likened the development of effective vaccines to the “morale-boosting bugle-blasting excitement of Wellington’s Prussian allies coming through the woods on the afternoon of Waterloo”.

And he said: “If and when we can begin delivering those shots in the national arm – beginning with the most vulnerable groups – we will know we have won.”

It comes after the Prime Minister wrote to Conservative MPs offering them a second vote on the tier system early next year in a bid to head off a Commons rebellion on the measures this week.

Mr Johnson has angered some of his party with the plan to impose stringent restrictions across much of England from Wednesday, and could struggle to get the measures through Parliament on Tuesday.

But in a letter to colleagues on Saturday evening, Mr Johnson said the regulations would contain a sunset clause – or expiry date – of February 3, with MPs offered the chance to vote to extend them.

The Government will review local areas’ tiers every fortnight and bring the regulations before Parliament after the fourth review on January 27 which will determine whether the tier system stays in place until the end of March.

Mr Johnson also said the first such review, on December 16, would consider the views of local directors of public health, with a final decision on whether any areas should change tiers made at a Cabinet committee. The changes would come into effect on December 19.

In a further olive branch to MPs, the Prime Minister committed to publish more data and outline what circumstances need to change for an area to move down a tier, as well analysis of the health, economic and social impacts of the measures taken to suppress coronavirus.

Only the Isle of Wight, Cornwall, and the Isles of Scilly will be under the lightest Tier 1 controls, while large swathes of the Midlands, North East and North West are in the most restrictive Tier 3.

In total, 99% of England will enter Tier 2 or 3, with tight restrictions on bars and restaurants and a ban on households mixing indoors when the four-week national lockdown lifts on Wednesday.

Several senior Tories have expressed opposition to the plan, including the 1922 Committee chairman Sir Graham Brady who said he wanted to see people “treated as adults” and trusted with their own health decisions.