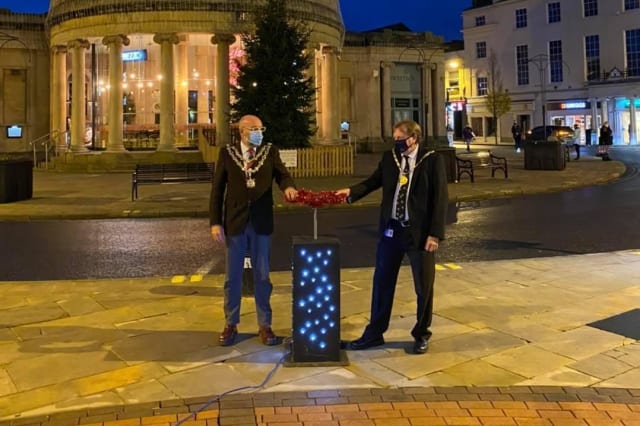 A town's Christmas lights switch-on has gained attention online after it did not go quite as planned.

Video of the event, posted on social media by Bridgwater Town Council, shows two local dignitaries pushing down a large detonator-style switch ostensibly to turn on the display.

However, lights visible behind the pair – Bridgwater mayor Leigh Redman and Peter Clayton, chairman of Sedgemoor District Council – appeared to switch on before they had pushed it down.

The clip was originally posted a week ago by the council but has attracted attention over the last 24 hours after appearing on Twitter and being viewed more than 400,000 times.

Another, Eugene Byrne, joked: "Everyone laughing at this and thinking it's an error of timing is mistaken.

"Since 1738, the annual switching on of the Christmas illuminations in Bridgwater has been followed a moment later by the traditional crushing-to-death of a small animal by the Mayor and Town Clerk.

Those involved in the video also saw the funny side.

The council tweeted: "Absolutely glad the lights bring more happiness than we planned!"