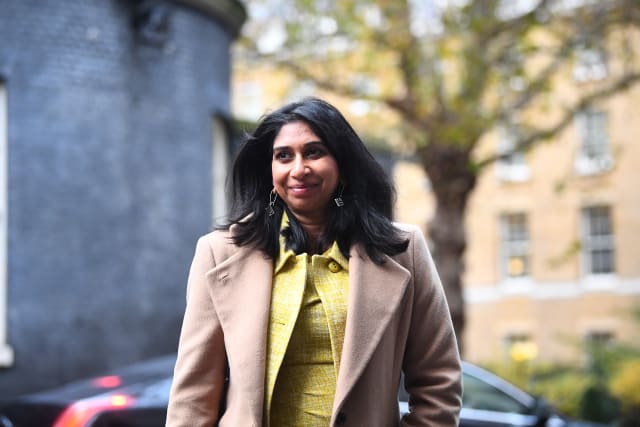 Attorney General Suella Braverman has announced she is expecting a baby early next year.

The Conservative MP for Fareham, who is set to be one of the most senior MPs to have a baby while in office, announced she is “very excited about the new addition to our family” on Twitter.

The news comes seven months after the Prime Minister and his fiancee Carrie Symonds announced the birth of a baby son.

Ms Braverman said: “Delighted to let you know that I am expecting a baby early next year.

“My husband and I are very excited about the new addition to our family.”

Ms Braverman became the second female attorney general for England and Wales in February amid a Cabinet reshuffle, after resigning as a Brexit minister over former prime minister Theresa May’s draft deal in November 2018.