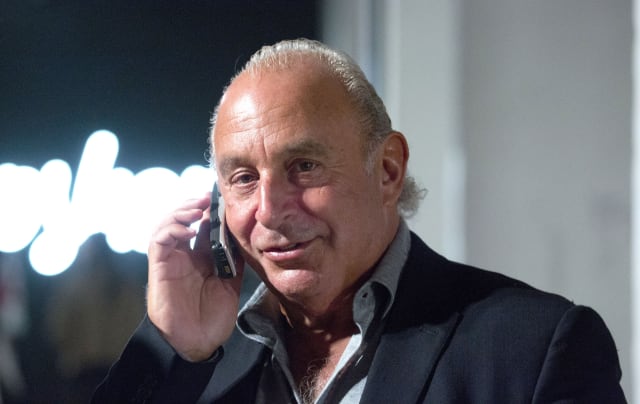 Sir Philip Green is reportedly close to calling in administrators at Deloitte to his Arcadia chain, which owns Topshop and Dorothy Perkins.

The businessman’s career has spanned massive highs, including a £1.2 billion payout in 2005, but has also been marred by a pensions scandal, and accusations of sexual harassment.

Here is a timeline of his rise and fall in the world of fashion.

Sir Philip, then just plain old Mr Green, buys up the stock of 10 designer outlets that have failed. He dry-cleans the stock and puts it up for sale again in a shop in Mayfair.

The aspiring businessman sets up several businesses, many with his mother Alma. Like the Joan Collins Jeans Company, many fail to get off the ground, and several are liquidated. He also makes several successful deals during this time.

Sir Philip is hired as the boss of Amber Day, the listed menswear group. He scores several victories in the role, and Amber Day’s share price rises. But he leaves in 1992 after the company misses on profits.

The businessman tries to take over high street giant Marks and Spencer but pulls out after getting very close to sealing a deal.

Arcadia pays out a £1.3 billion dividend, £1.2 billion of which goes to Sir Philip’s wife Tina, who lives in Monaco so does not have to pay UK tax.

BHS goes into administration, leaving a pension deficit of £571 million, and costing 11,000 people their jobs.

MPs pass a motion to remove Sir Philip’s knighthood over the pensions scandal. He later pays £363 million into the scheme.

The Telegraph reports that staff are accusing an unnamed businessman of sexual harassment and racial abuse. Sir Philip is later identified by an MP as the businessman in question.