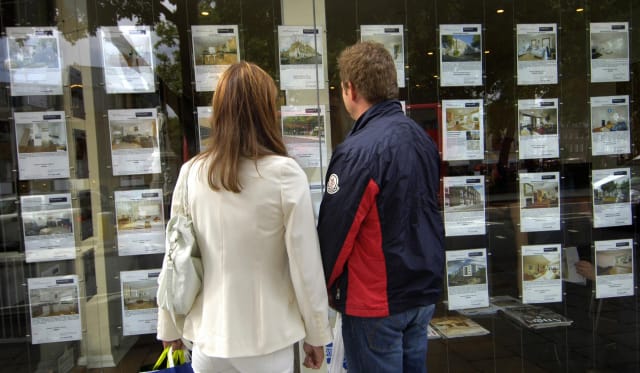 First-time buyers and existing homeowners with small deposits searching for mortgages in the coming weeks may find the choices available to them have improved.

Some well-known lenders have announced they are re-entering the 10% deposit market, offering new products, or expanding access to low-deposit deals.

The choice of low-deposit mortgage deals contracted sharply in the spring amid the coronavirus pandemic, as concerns about the tough economy and the impact on house prices and household finances grew.

By November, only about a 10th of the number of 10% deposit deals around in March were available, according to figures from Moneyfacts.co.uk.

While deals are still relatively thin on the ground, there have been signs that the situation may be looking a bit brighter for borrowers with small deposits.

It said that from the second week of December, it will be expanding its lending by making 10% deposit loans available for house purchase and for existing mortgage members looking to move home, giving them the same access to 90% LTV (loan-to-value) home loans as first-time buyers.

Previously, existing mortgage customers have been able to borrow more when moving with deposits of 5% to 15% on a “like for like LTV basis” only. Existing customers can still move and borrow more with just a 5% deposit provided it is on a like-for-like LTV basis.

Nationwide also said that from the second week of December, it will allow fully gifted deposits for new applications for 10% deposit deals – allowing parents to give borrowers a helping hand.

Yorkshire Building Society said on Thursday that it has started offering 10% deposit mortgages once more, after withdrawing lending at this level in the summer.

The Yorkshire’s new deals are aimed at first-time buyers and existing homeowners who want to move or re-mortgage. Its intermediary arm, Accord Mortgages, also offers 10% deposit mortgages.

TSB also said on Thursday that it is introducing a new product to its first-time buyer deposit range. The 10% to 15% deposit five-year deal has a rate of 3.79% and comes with £500 cashback.

Rachel Springall, a finance expert at Moneyfacts.co.uk, said: “Borrowers with a small deposit will be delighted to see more lenders and deals enter the market at 90% loan-to-value.

“If first-time buyers are hoping to get on to the property ladder then seeking independent advice is crucial to ensure they are up-to-date with the latest options available to them.”

The National Association of Estate Agents (NAEA) Propertymark said on Friday that 2020 saw the busiest October for house sales across the UK since 2006.

The average number of sales agreed per estate agent branch stood at 12 in October, a small decrease from 14 in September.

Just over a fifth (21%) of sales were made to first-time buyers, up from 19% in September, but a six percentage point fall compared with October 2019.

NAEA Propertymark chief executive Mark Hayward said the current stamp duty holiday, which ends on March 31, means “we have seen the number of potential buyers and the number of sales completed remain unusually high for this time of year”.

He added: “This boom has been hugely beneficial for the housing market, however we are increasingly concerned about the impact of the stamp duty cliff-edge on March 31 2021.

“This cliff-edge has already increased pressure on service providers within the industry, causing delays for buyers and sellers, and could cause thousands of sales to fall through at the final hurdle as buyers realise their sale will not be completed ahead of the deadline.”