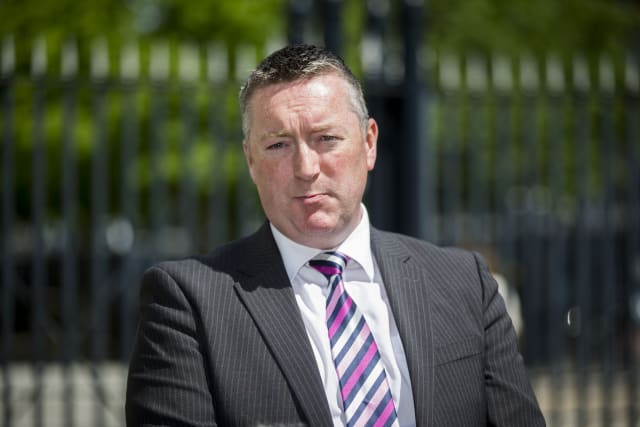 Adrian Ismay’s killer knew him as a community volunteer yet selected him for death, a detective has said.

Christopher Robinson, 50, volunteered at the St John Ambulance paramedic service with his target.

Detective Superintendent Richard Campbell said the defendant knew Mr Ismay from before and that there was no doubt he was involved in choosing him for murder.

“Think about the callousness of that,” he said.

Robinson checked his victim’s online profiles and meticulously prepared for the operation and covering his tracks, a judge said.

The detective noted that Robinson played a central part in the attack, an integral role in providing the vehicle used to plant the device.

“This attack on Adrian Ismay was a cowardly attack on someone going about their work,” he said.

“This was a dedicated public servant who had dedicated his career to serving the public, both in his job as a prison officer but actually beyond that as a volunteer within the community in a number of areas.

“Our society is a worse place for his loss.”

It put into stark contrast the actions of those responsible, the detective added.

He said: “It was a cowardly and callous attack on him, to target him at his house as he was about to go and do his work within the community.”

The detective said the sentence should serve as a stark warning to anyone involved in this type of terrorist activity, that it was not tolerated by society.

He said: “As a police service, we will do everything we can in our power to bring people to justice if they choose to be involved in this type of activity.”

He applauded the quiet dignity of the victim’s family and said that nothing could make up for their loss.