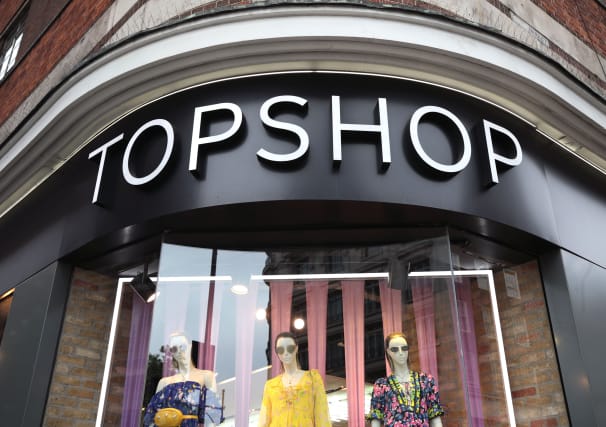 Sir Philip Green's retail empire is on the brink of collapse with around 15,000 jobs at risk.

The Arcadia Group, which runs the Topshop, Dorothy Perkins and Burton brands, is expected to appoint Deloitte as administrators in the coming days.

The company said it is "working on a number of contingency options", after Sky News reported that the group's future is in doubt.

Sources close to the process confirmed the reports to the PA news agency.

An Arcadia spokesman said: "We are aware of the recent media speculation surrounding the future of Arcadia.

"The forced closure of our stores for sustained periods as a result of the Covid-19 pandemic has had a material impact on trading across our businesses.

"As a result, the Arcadia boards have been working on a number of contingency options to secure the future of the group's brands.

"The brands continue to trade and our stores will be opening again in England and ROI as soon as the Government Covid-19 restrictions are lifted next week."

Arcadia could tumble into administration as soon as Monday, Sky News reported on Friday.

The group had been in emergency talks with lenders in a bid to secure a £30 million loan to help shore up its finances.

If the insolvency is confirmed, it is expected to trigger a scramble among creditors to get control of company assets.

It is the latest retailer to have been hammered by the closure of stores in the face of coronavirus, with rivals including Debenhams, Edinburgh Woollen Mill Group and Oasis Warehouse all sliding into insolvency since the pandemic struck in March.

The group has more than 500 retail stores across the UK with the majority of these currently shut as a result of England's second national lockdown, which will end next week.

Earlier this year, Arcadia revealed plans to cut around 500 of its 2,500 head office jobs amid a restructure in the face of the coronavirus crisis.

Richard Lim, chief executive of Retail Economics, said: "Efforts to turn around the business appear to have faltered with the impact of the pandemic too significant a challenge for the once much-loved retailer.

"Clothing has been the hardest hit sector with the disruption to the way we live, work and play undermining the need for new outfits for many consumers.

"However their demise has been accelerated because of an online proposition that falls way behind that of their competitors.

"Years of underinvestment in the digital channel has severely restricted their ability to trade successfully through this hugely difficult period."

Dave Gill, national officer at the Usdaw union, said: "This is a devastating blow for workers at Arcadia and could not have come at a worse time, just before Christmas.

"We are seeking urgent meetings with management and we urge them to end their longstanding anti-union stance and engage with us."