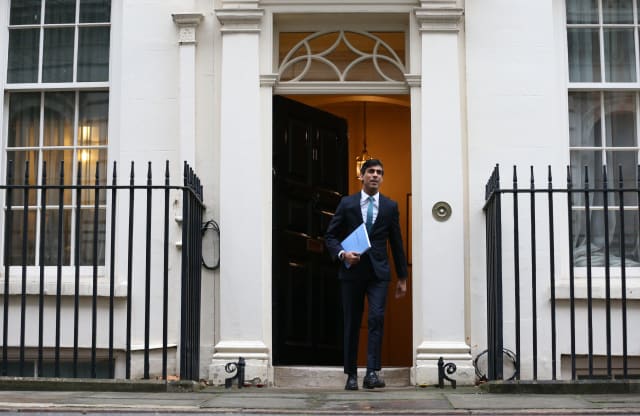 The impact of Chancellor Rishi Sunak’s Spending Review will feel close to a return to austerity for some public services, financial experts have said.

Director of the Institute for Fiscal Studies (IFS) Paul Johnson said Mr Sunak’s move in response to the coronavirus crisis was also tax-raising in nature.

The IFS questioned why the Government was imposing a pay freeze on much of the public service as the financial benefits would be relatively low.

Mr Johnson said: “This was a pretty austere spending review. It cut non-Covid-related public service spending by more than £10 billion next year, and in subsequent years, relative to plans.

“There has been no top-up to NHS spending plans after next year.”

He added: “The key core spending review decision was to reduce public service spending, other than the £55 billion allocated for Covid, relative to March plans.

“That core spending will still be 4% higher next year than last. But it will mean a tougher time for some public services than expected, especially after next year.

“This may not quite be a return to austerity, but for some public services it may not feel much different.”

The IFS director said the review could lead to an increase in Council Tax.

He said: “This was actually a tax-raising Spending Review. The Chancellor has chosen to reduce support to local authorities and has given them the ability to raise Council Tax by 5% instead.

“If they do, and they’ll mostly probably need to, that will increase annual tax bills by an average of around £70 per household.”

Mr Johnson said the Chancellor had picked a big fight over “not very much money” by freezing pay for public sector employees who did not work in the NHS, or who earned less than £24,000 a year.

He said: “The decision to freeze public sector pay for some will probably save only between £1 and £2 billion next year. The Chancellor has perhaps picked a big fight over not very much money.

“And, as ever, in the public sector the decisions look driven by politics not by economics or the need to spend money either equitably or efficiently.

“It is graduate public sector workers in London and the South East who are least well paid relative to the private sector and local living costs yet they will be targeted by the freeze.

“Two teachers working half-time on £20,000 each will each get a £250 pay rise. A full-time teacher doing the same job for £40,000 will get nothing. This is no way either to spend public money or to treat public sector workers.”

Mr Johnson also said it was “disappointing” that there was no announcement on Universal Credit (UC).

The comments on UC came as the Resolution Foundation said six million lower-income households face a £1,000 cut to their benefits next year as a result of Mr Sunak’s Spending Review.

The economic think tank said Mr Sunak’s failure to extend a temporary £20 increase in UC beyond next March would hit families just as unemployment levels were expected to peak.

The foundation’s chief executive Torsten Bell warned the position was “untenable” and predicted the Chancellor would be forced to change his mind.

“Austerity is not going to feel like it’s over for lower-income families because the Chancellor yesterday chose to continue with plans to cut £1,000 from six million households’ benefits next April at a time when unemployment will be nearing its peak,” he said during the foundation’s online analysis of the Spending Review.

“That is in the end, I think, untenable and we are expecting the Chancellor to change his mind on that at some point, but he chose not to do so yesterday.”