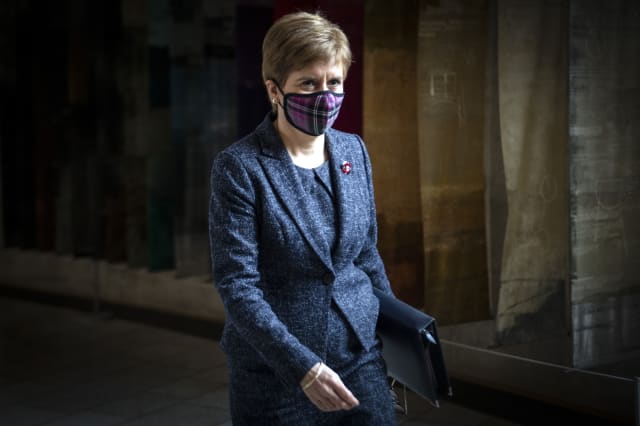 Nicola Sturgeon has said she wants a second Scottish independence referendum to take place early in the next Holyrood Parliament.

Speaking to BBC Scotland, the First Minister also insisted the UK Government’s current opposition to a vote is unsustainable.

Her comments come ahead of the SNP conference this weekend.

Ms Sturgeon told the broadcaster: “I think the referendum should, for a whole variety of reasons, be in the earlier part of the next parliament.

“I intend to say more about this before the election in our manifesto, but we are still in a global pandemic that I feel a bit more hopeful about seeing the end of than I did even just a couple of months ago.

“There’s still a lot of uncertainty ahead. I’m a lifelong believer and campaigner and advocate for independence, but right now I’m also the First Minister of Scotland.

“My responsibility is to the health and wellbeing of the country and trying to steer it through a pandemic, and I’m very focused on that.”

The Scottish Parliament election is due to be held in May.

The First Minister added: “If people in Scotland vote for a referendum, there will be a referendum.

“Across the Atlantic, even Trump is having to concede the outcome of a fair and free democratic election.”