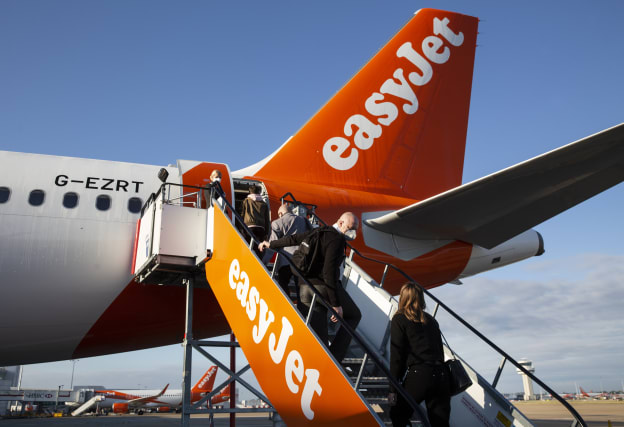 EasyJet has reported a spike in demand following the announcement that families will be allowed to reunite over the festive period.

The budget airline said searches for flights and holidays have been three times higher than the same period last week since the policy was confirmed on Tuesday night.

It has seen a “significant rise” in bookings for December flights, particularly on domestic routes such as London-Belfast, Bristol-Belfast and London-Edinburgh.

The Luton-based carrier also reported a “positive response in international bookings” after launching its Black Friday sale on Wednesday.

Among the most popular destinations for trips in spring and summer 2021 include beach hotspots Faro, Palma, Alicante, Malaga, the Canary Islands and Turkey.

The UK Government and devolved administrations have agreed a temporary easing of coronavirus restrictions over Christmas, allowing three households to mix in a bubble from December 23 to 27.

EasyJet chief executive Johan Lundgren said: “Following the Government announcement this week, we have seen a 200% increase in searches for both flights and holidays, with domestic bookings significantly up week-on-week proving popular for those looking to visit friends and family over December.

“So we know underlying demand is there, which we see every time travel restrictions are lifted.

“We continue to closely review our flying programme to ensure we are aligning our schedule with customer demand.

“We also launched our Black Friday sale yesterday and the positive response in terms of bookings seems to show a growing confidence to make travel plans.”

EasyJet confirmed last week it had slumped to the first ever full-year loss in its 25-year history as the coronavirus crisis sent it nosediving into the red by £1.27 billion.

The group’s pre-tax loss for the year to September 30 came after passenger numbers halved to 48.1 million as the pandemic crippled the aviation industry.