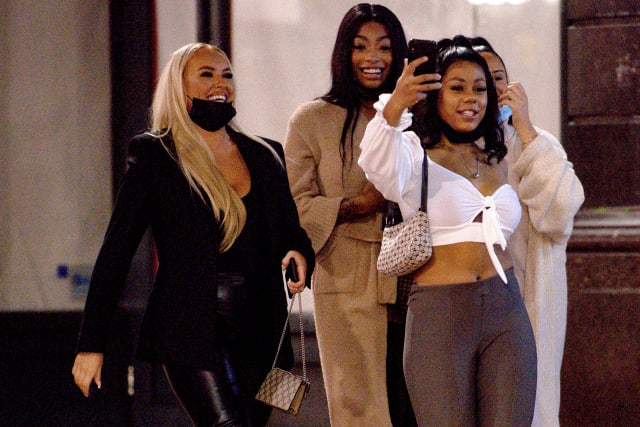 A decision to place the West Midlands under toughened new Tier 3 controls could be a “death blow” to much of the region’s hospitality trade, a business leader has claimed.

Mike Olley, who oversees the busiest entertainment district outside London, said it was “complete madness” to close down much of the pub, bar and restaurant trade, when the industry was “one of the most and best-regulated industries” in the UK.

Under Tier 3 measures, pubs and restaurants have to close, except for deliveries and takeaways but Mr Olley described the imposition of such controls as “lunacy”.

Mr Olley claimed Prime Minister’s experiences of “buffoonery” as a member of Bullingdon Club, during his university days, may have characterised Boris Johnson’s “understanding of how people go out to enjoy themselves”.

He said: “Perhaps his lively experience centred around youthful exuberance is his only guide and explains why he is comfortable to close the nation’s hospitality sector.

“In short, the Prime Minister doesn’t trust us to be sensible and feels we will spread disease, death and thus disaster.

“This is despite the statistics which indicate we largely have clean hands.

“Is this because Mr Johnson – with his memories of buffoonery – has never really trusted himself?”

He claimed the Government was “devising policy that ruins businesses, forcing them to collapse and never get up again”.

In a personal plea to the Prime Minister, Mr Olley said: “Instead, Mr Johnson, please consider there are hundreds of thousands of normal folk who provide their honest trade on modest incomes as; cleaners, bar staff, waiters, chefs and doormen in the hospitality sector.

“And focus on the fact your prejudiced safety-tiering will result in them all facing redundancy and being thrust on the mercy of the state’s meagre handouts.”

“We simply don’t deserve to be penalised,” he said.

“All deserve better much better than the current lunacy.”

Mr Olley also questioned “how on earth he (Mr Johnson) and his boffins have determined this new tier structure”, adding the “failed tier system” should never be used again.

There have also been cross-party calls on the Government, across the region, to justify why the hospitality sector as been included in toughened Tier 3 measures.

He said there “clearly needed to be further economic support” for firms, particularly in the hospitality, conference and exhibition sectors.

The mayor also called on the Government to give “clear epidemiological evidence as to why the hospitality sector is forced to close in Tier 3”.

Andrew Mitchell, Conservative MP for Sutton Coldfield and Liam Byrne, Labour member for Birmingham Hodge Hill, also co-signed a letter to the Chancellor and Health Secretary, before the Tier announcement, calling for support for the under-pressure sector.

The letter pointed out the sector supported 135,000 jobs and contributed more than £12 billion to the region’s economy, annually.

It asked the Government to “provide the evidence” for on-going restrictions to the hospitality sector, and the “rationale” that the sector was a greater risk, for example, than shops.

The politicians claimed the financial support to date for business would be “to no avail” if bars, pubs and restaurants were unable to survive the “final chapter of the pandemic”.