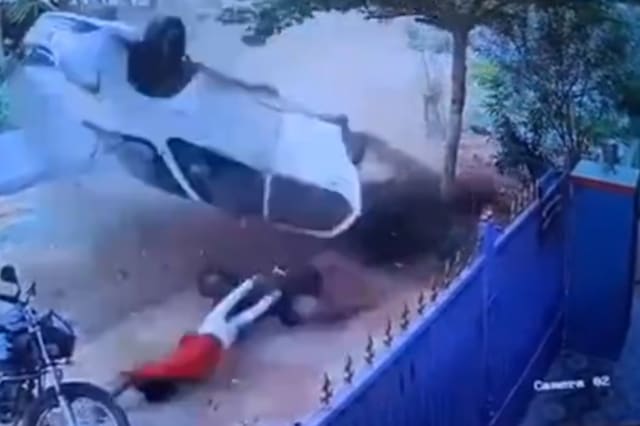 This is the moment a group of passengers survived being flung out of a car at high-speed in a crash in southern India.

All the seven men in the car, including the driver, survived with minor injuries after the mishap near Devakottai on November 14.

Police sources said the friends had gone to attend a birthday party at a nearby village and were driving back.

"They were all drunk and none were wearing seat belts," a police official said.

A dog, which was tied to a tree in front of the house, also had a narrow escape.