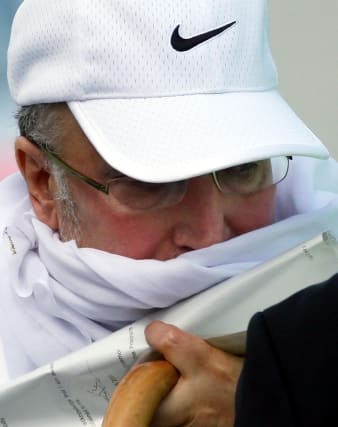 Trial court judges were fully entitled to infer the late Abdelbaset al-Megrahi was involved in the Lockerbie bombing, appeal judges have been told.

Advocate depute Ronald Clancy, for the Crown, said Megrahi’s use of a false passport to travel to Malta – from where the plane carrying the bomb left just before the atrocity – taken along with other evidence, combined to form a pattern that suggested his involvement.

A third appeal against his conviction began on Tuesday at the High Court in Edinburgh sitting as the Court of Appeal.

Megrahi’s trial was held at a special Scottish court sitting at Camp Zeist in the Netherlands.

Mr Clancy said a number of factors suggested his involvement, including his use of a false passport.

He told the court: “There is a  significant chapter of evidence which supports the identification and indeed involvement of Mr Megrahi in the conspiracy and that is his use of the false passport at a critical time,  he was issued with this false passport in 1987, in the course of 1988 it was used only once, for the trip to Malta the day before the plane departed with the bomb and he returned to Tripoli using the same passport shortly after the plane left Luqa carrying the bomb , the passport was never used again.

“From the evidence about the passport and the other incriminating evidence it was possible to infer that Mr Megrahi’s visit to Luqa on that date was connected with the planting of the device.

“We say that was an entirely legitimate inference to draw, certainly well within the range of inferences open to a reasonable jury.”

He said the trial court was “fully entitled” to make such inferences.

The appeal, which is taking place virtually, is being heard before five judges including Lord President Lord Carloway.

Megrahi’s first appeal against his conviction was refused by the High Court in 2002 and was referred back five years later after an SCCRC review.

Megrahi returned to Libya and died in 2012.