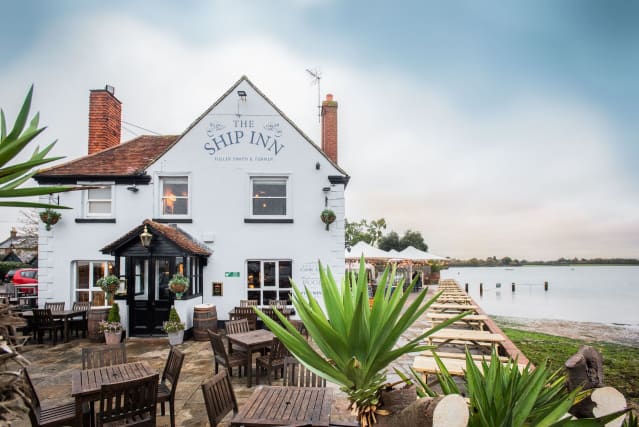 Pub group Fuller’s has said it is optimistic despite warning that it faces a “tough winter and a very different looking Christmas” as sales continue to be weighed down by coronavirus restrictions.

The company, which runs 388 pubs and hotels, said its October sales were hammered by the introduction of tiered measures, as it awaits confirmation of which tiers its pubs will face under a new system, to be implemented from December 3.

It reported that sales were impacted by the introduction of the “rule of six” and 10pm curfew but added that London’s move into Tier 2 measures had “the largest impact”.

Fuller’s said that the Government’s guidance for workers to stay at home left central London “like a ghost town”, with sales across its 37 largest pubs in the area falling to less than 30% of levels from the previous year.

It said sales in the final week of October were 57% of levels for the same period last year, across its estate.

The group also confirmed that its staff numbers are 20% lower than they were at the start of the financial year, in April, after major job cuts.

Mr Emeny said: “We are optimistic about the future in the medium term and beyond, but there is no doubt that this will be a tough winter and a very different looking Christmas.

“We will start to reopen our estate in a measured way, navigating the tier system and the restrictions that come with it.

“However, it is important that we see beyond these obstacles and look at the bigger picture.

“The excellent news of successful vaccines gives us confidence where previously there was uncertainty, and with the sensible decisions we have taken during the pandemic, Fuller’s is well-placed for future success.”

It came as the company fell to an adjusted pre-tax loss of £22.2 million for the six months to September 26.

Its revenue for the half-year fell by 72.7% to £45.6 million compared to the same period last year.

Shares in the company moved 0.3% higher to 702p in early trading.