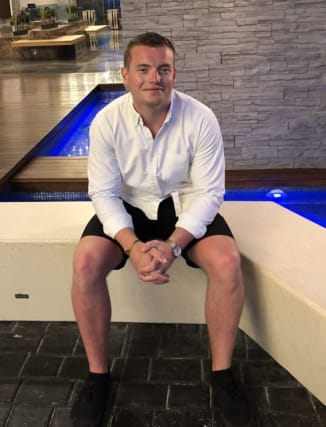 The family of a terror attack victim have been left with “no alternative” but to sue the Government after the Ministry of Justice and the Home Office “unfathomably” would not agree to a delay, their lawyer has said.

Jack Merritt, 25, was fatally stabbed along with Saskia Jones, 23, by convicted terrorist Usman Khan during a prisoner rehabilitation event at Fishmongers’ Hall on November 29 last year.

Khan, 28, was out on licence when he attended the event near London Bridge, organised by Cambridge University’s Learning Together programme, armed with two kitchen knives and wearing a fake suicide vest.

Mr Merritt’s parents, Anne and David, his brother, Joe, and his girlfriend, Leanne O’Brien, filed a High Court claim against the Ministry of Justice (MoJ) and the Home Office on Wednesday.

Their solicitor said on Thursday that the family have been left with “no alternative” but to issue proceedings after the MoJ and the Home Office would not reach a “standstill agreement”.

Kate Maynard, a partner at Hickman and Rose, told the PA news agency that “all the relevant public bodies who are legally represented at the inquest” had reached an agreement with the family, except for the MoJ and the Home Office.

Claims brought under the Human Rights Act must be brought within one year, which meant the Merritt family had to bring their case this week to “protect their position”, Ms Maynard said.

She added: “Usman Khan was a convicted terrorist under multi-agency public protection when he killed Jack and Saskia on November 29 2019.

“These circumstances raise questions about the assessment and management of Usman Khan’s risk.”

Ms Maynard said that “where state agents or public bodies, by their acts or omissions, may have caused or contributed to a death”, the right to life under the European Convention on Human Rights is engaged.

The lawyer said families “normally” reach an agreement with public bodies they may take legal action against “where the evidential picture is still emerging”, meaning “proceedings do not have to be seriously contemplated or issued until after all the investigations are completed, including an inquest”.

She added that such civil cases are “often” resolved after an inquest “without involving the courts at all”.

But Ms Maynard said: “In this case, all the relevant public bodies who are legally represented at the inquest and were approached agreed to a limitation holiday for one year, except – unfathomably – the Secretaries of State for Justice and the Home Department.

“Regrettably, this left the family with no alternative but having to turn their minds to protecting their position by issuing proceedings, at a time when they were otherwise focusing their attention on celebrating Jack’s life on the anniversary of his death.”