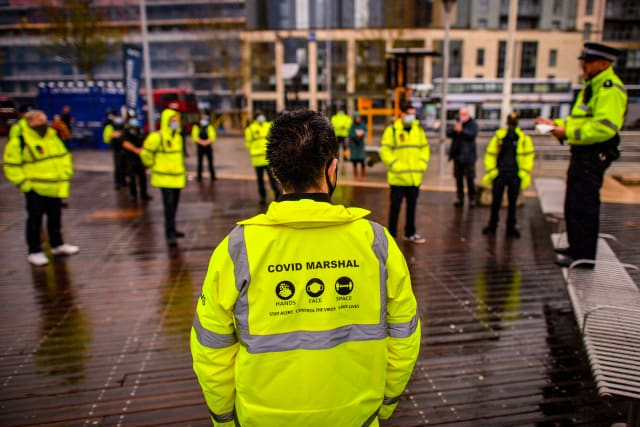 Business groups have said that the new tiered lockdown will be like going into “suspended animation” while waiting for a vaccine to save large parts of the economy.

Some retailers will be allowed to open up in large parts of the country, but hospitality companies remain very concerned, as they will remain in a tough situation.

“For many businesses in England, going into toughened tiers while waiting for a vaccine will feel like suspended animation,” said Matthew Fell, the chief UK policy director at the Confederation of British Industry.

On Thursday pub chains Fuller, Smith & Turner and Mitchells & Butlers said they had cut around 1,700 jobs between them, as the lockdown bit earlier this year.

UK Hospitality, the industry body, estimates that somewhere around 600,000 jobs have been lost in the sector, despite the Government contributing £43 billion to cover the salaries of furloughed workers, many in hospitality.

Many companies were put under further strain at the beginning of this month, when England went into a second lockdown.

On Thursday the Government revealed how strict measures would be in different areas when national lockdown lifts on December 2.

“To weather a difficult winter ahead, greater support will be needed for the hardest-hit firms, including those in town and city centres that will miss out on trade as employees continue to work from home,” said Adam Marshall, the director general of the British Chambers of Commerce.

He urged the Government to be transparent about how it assesses which areas will come out of, or be put into, tougher restrictions when the new tiers are reviewed on December 16.

Even in areas that are escaping the most draconian rules, businesses are worried.

Richard Burge, chief executive of London Chamber of Commerce and Industry, said: “It’s obviously better to be able to trade than not, but Tier 2 still means a challenging operating environment for many in the hospitality sector.”

He added: “Scrapping the 10pm curfew helps, but no household mixing indoors will inevitably mean many businesses continue to rely on government support through this period.

“I’m pleased there will be a December 16 review date, which hopefully shows that we continue to move in the right direction and supports a further easing of restrictions.”

Matthew Fell from the CBI echoed UK Hospitality in calling for more clarity on the Job Retention Bonus.

The scheme was originally set up to reward companies who brought furloughed staff back onto payrolls, but was dropped as furlough was extended until the end of March.