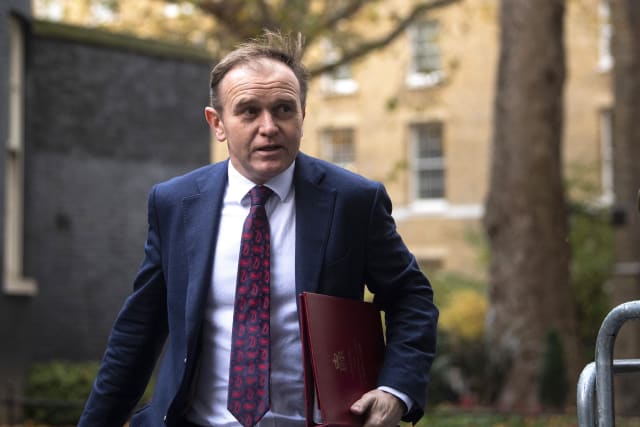 The UK border potentially needs another 100 officials to deal with post-Brexit paperwork for food products, according to the Environment Secretary.

George Eustice told MPs there are around 1,000 officers able to issue export health certificates for fish, although Westminster is working with its Scottish Government counterparts to help fill a “gap” in Scotland.

Speaking in the Commons, SNP MP Richard Thomson (Gordon) said this week’s test run for border procedures once the transition period ends demonstrated the “severe chaos” which might be expected in the new year.

He stressed the need for seafood products to be delivered to market at speed, adding: “What assurances can the Secretary of State make today to the catching and processing sectors that delays will not equal ruined produce and ruined businesses?”

“We have around 1,000 officers now that can issue export health certificates for fish.

“It is the case there are some concerns in Scotland where the Scottish Government potentially has a gap in capacity of 100, we’re working with them to try to offer our help to ensure this gap can be filled.”

Mr Eustice said the Government has been working with the industry to ensure the capacity is in place to issue export health certificates, adding: “Of course we continue to work on plans to ensure that goods flow at the border.”

He earlier stressed the UK has offered the EU a free-trade agreement which would involve “zero tariffs on all goods”.

The Environment Secretary was also challenged about comments he made on sheep farmers, to which he replied: “I never said that specialist sheep farmers and crofters should diversify into beef.

“I explicitly said that some of the 7,000 mixed beef and sheep enterprises might choose to produce more beef and less lamb if the price signal suggested they should.”

Conservative former Scotland secretary David Mundell said sheep farmers in his Dumfriesshire, Clydesdale and Tweeddale constituency need to know now about the terms they will be trading with the EU on as they make preparations for lambing season.

Mr Eustice replied: “I can say that 18 months ago in preparation for the first potential no-deal the Government, working with the Rural Payments Agency, had developed detailed plans to be able to support the sector in the short-term.

“Those plans are still there and still ready to be activated.

“But we’ll also, in the medium-term, in the event of there being no further negotiated outcome, be helping the sector identify new markets.”