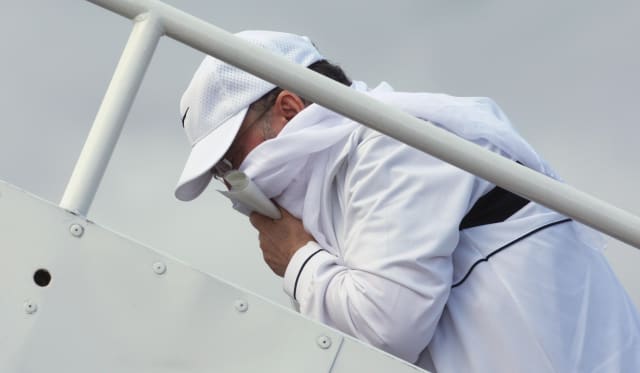 Documents relating to a key witness in the Lockerbie bombing conviction would have “destroyed” the case if they had been disclosed, an appeal court has heard.

Former Libyan intelligence officer Abdelbaset al-Megrahi, who was found guilty in 2001 of mass murder and jailed for life with a minimum term of 27 years, was the only person convicted of the attack.

He died in his home country in 2012 having been released on compassionate grounds.

A third appeal against his conviction began on Tuesday at the High Court in Edinburgh, sitting as the Court of Appeal.

Appeal judges have been told shopkeeper Tony Gauci identified the late Megrahi as resembling the man who bought clothing in his shop – later found in a suitcase containing the bomb.

It was heard documents in possession of the Crown revealed the witness had expressed frustration he would not be compensated for his part in the case.

Gordon Jackson QC, of the Megrahi family’s legal team, argued if the defence team at the time had known about this they would have found other documents that show Mr Gauci expressed an “interest in receiving money”.

The court was told two other factors – that Mr Gauci was informed Megrahi was in an identification parade and inconsistencies in evidence – would have led to the Libyan’s acquittal.

It was heard the lawyers would have been able to change their “softly, softly” approach to questioning the witness and challenged his credibility.

Mr Jackson said if this different approach had been used, then “it is fairly obvious, in my submission, that we would not then have the position that we’re in of him being convicted”.

“We have now reached a situation where there is no proper basis for having any credence or acceptance or reliability in that identification at all – that has a knock-on effect and destroys the whole case,” he said.

Megrahi’s trial was held at a special Scottish court sitting at Camp Zeist in the Netherlands.

The court heard Mr Gauci saw an article about the Lockerbie disaster in the magazine It Torca at the end of 1998 or beginning of 1999, which featured a photo of Mr Megrahi.

Mr Gauci contacted police in Malta and told them the man in the photo looked like the man who bought the items in his shop.

The panel of five judges were told Mr Gauci was shown many photos by police over the years and said a number of people resembled the man who bought the clothes.

Claire Mitchell QC, representing the Megrahi family, said on Wednesday that the identification in the dock was “virtually of no value” as it came not long after Mr Gauci had seen a photo linking Megrahi to the bombing.

She added the case against Megrahi hangs on the date of purchase of the clothing and whether it was December 7 1988 or another date, and said the evidence on that issue does not bear the weight put on it.

The court was told Mr Gauci’s evidence, particularly in relation to the date of purchase, was not reliable and “grossly riddled with deficiencies, contradictions and inconsistencies”.

Advocate Depute Ronald Clancy QC said the Crown’s position is the statutory test to prove that no reasonable jury properly instructed could have convicted Megrahi has not been met.

He argued the jury was “fully entitled” to conclude Megrahi was guilty beyond reasonable doubt.

The appeal resumes on Thursday.