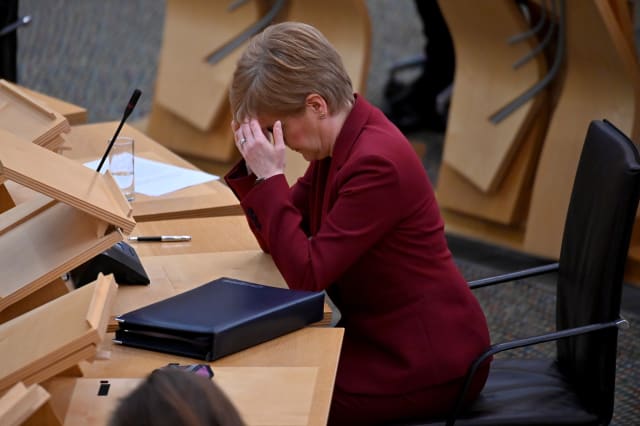 Scotland’s First Minister criticised UK Chancellor Rishi Sunak after he told MPs this funding will fall to 0.5%  of national income in 2021, amounting to about £10 billion.

It means the UK Government is reneging on a legal pledge and manifesto commitment to spend 0.7% of national income on helping poorer nations.

Ms Sturgeon said it is a “political gesture to the right wing of the Tory party”.

It comes after Mr Sunak said “sticking rigidly to spending 0.7% of our national income on overseas aid is difficult to justify to the British people, especially when we’re seeing the highest peacetime levels of borrowing on record”.

To help deal with the coronavirus pandemic, the UK Government will borrow £394 billion this year, equivalent to 19% of gross domestic product (GDP) – the highest recorded since the Second World War.

Mr Sunak announced the cut in aid cash as part of his Spending Review.

Afterwards, Ms Sturgeon tweeted: “The cut to the overseas aid budget is a political gesture to the right wing of the Tory party, and the price of it will be paid by some of the poorest people in the world. Deplorable indeed.”

She said the move “also raises questions about trust in the Government”, saying Prime Minister Boris Johnson had pledged to stick to the 0.7% commitment in June.

“A month before Christmas, the Scrooge-like Tories have used Covid as a chance to cut aid to the world’s poorest,” she said.

“At a time when the world’s poorest countries are facing an increase in extreme poverty, inequality and a global education crisis, we should not sit back and watch,” she said.

The Church of Scotland also criticised the move, with the Very Rev Dr Susan Brown, convener of its Faith Impact Forum, claiming it will do “irreparable harm”.

She added: “Cutting this work is short-sighted and tarnishes the UK’s international reputation.

“In times of global need, it is those with the broadest shoulders that need to support others.”