Spending cuts or tax rises? The choices facing Sunak to balance the books 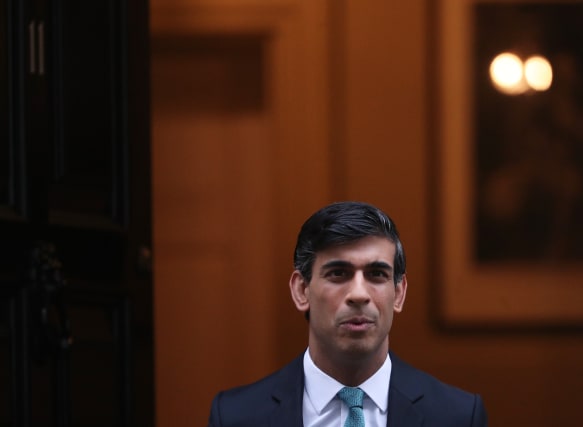 Dramatic spending cuts or significant tax hikes will be needed for Rishi Sunak to bring the public finances back under control, experts have warned.

The Chancellor acknowledged the current situation, with Government borrowing at record peacetime levels, was “clearly unsustainable over the medium term”.

Economists questioned whether spending curbs could be enough to balance the books, instead suggesting the Chancellor would have to raise taxes.

Analysis by the Institute for Fiscal Studies (IFS) said official forecasts implied the Government will still be borrowing £100 billion in 2024-25, £42 billion more than forecast in March.

That is despite the Chancellor cutting £13 billion from the pencilled-in public spending plans for that year.

IFS director Paul Johnson suggested borrowing could be even higher over the coming years because Mr Sunak may be forced into extra spending commitments – including the retention of the £20-a-week increase in Universal Credit which is set to expire in April.

“Rishi Sunak has been spending truly astonishing amounts of money this year and plans to continue to do so next year in response to Covid,” Mr Johnson said.

“Yet this was a Spending Review in which he reduced planned spending into the future, cutting more than £10 billion per year from departmental spending plans next year and for subsequent years.

“He has also allocated precisely nothing for Covid-related spending after next year. And these plans assume that the temporary increase in Universal Credit will not continue beyond this year.

“Each of these assumptions is questionable.

“It seems more likely than not that spending will end up significantly higher than set out today, and so borrowing in 2024-25 will be considerably more than the £100 billion forecast by the OBR (Office for Budget Responsibility).

“Either that or we are in for a pretty austere few years once again, or for some significant tax rises.”

The Resolution Foundation economic think tank calculated that £12,000 per household had been spent on the coronavirus response.

While there was no immediate need to balance the books – in part because interest rates are so low –  once the economic recovery is secure the burden should fall on tax rises rather than further spending cuts, it said.

Balancing the current budget in 2024-25 will require around £27 billion of fiscal consolidation, the think tank said.

The foundation’s chief executive Torsten Bell said: “Faced with a grim economic outlook, and an ongoing public health crisis, the Chancellor has rightly chosen to double down on Covid spending, which is set to total around £335 billion over two years.

“The British state has never seen anything like this outside of World War Two.

“But the Chancellor less noisily began the process of changing his public finances plans for the years ahead, opting to spend up to £13 billion a year less on non-Covid public services than previously planned.

“The idea that there will be no permanent increase in spending post-pandemic is what you might politely call optimistic.

“It is certain that tax rises will end up playing a bigger part in any real plan to put the public finances on a sustainable footing once the recovery is secured.”

Rees-Mogg: Imagine me laid down flat when trying to judge social distancing