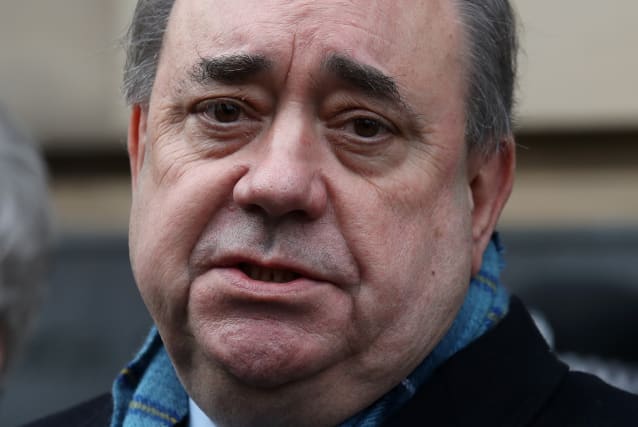 Alex Salmond’s lawyers have asked the Scottish Government to help pay the former first minister’s legal expenses as a row over whether documents should be handed over to a Holyrood inquiry continues.

Lawyers at Levy and McRae have written to Deputy First Minister John Swinney and senior civil servant Lesley Fraser on the issue.

Separately, they have also contacted members of the committee set up to investigate the Scottish Government’s bungled handling of harassment allegations against the former first minister, appealing to them for help as well.

It comes as MSPs on the committee continue their efforts to have legal documents handed over to them – with ministers so far resisting all calls to do so.

Mr McKie said many of the documents now being discussed “have never been produced or seen by us or by our client previously”, adding there is “significant documentation which our client wishes to discuss with us and on which he requires to take legal advice”.

But he said Mr Salmond – who raised more than £100,000 in a crowdfunding campaign to help with the costs of his legal challenge against the Scottish Government – has been “put at a significant financial disadvantage in this whole process”.

The former first minister was awarded £512,250 after the Court of Session ruled the Scottish Government’s handling of the allegations was unlawful.

Mr McKie, in a letter released by the Holyrood committee, stressed the former SNP leader is “a private citizen” who has “already incurred significant personal expense”.

The lawyer told Mr Swinney and Ms Fraser: “He does not, like you, have the benefit of a publicly funded legal department.

“He does not have access to the advice of counsel paid for by the taxpayer.

“The inequality of arms is stark.”

As a result, he added Mr Salmond “requires assistance on funding” to enable him to take legal advice on these documents and to allow him to make make further representations to the Scottish Government.

He asked the Scottish Government to “confirm that you will assist our client with that funding, which would also include his representation in any proposed court action raised by you”.

Mr McKie said if the Scottish Government is not willing to assist with this, it should “outline the basis for that refusal”.

How will the new border controls work?