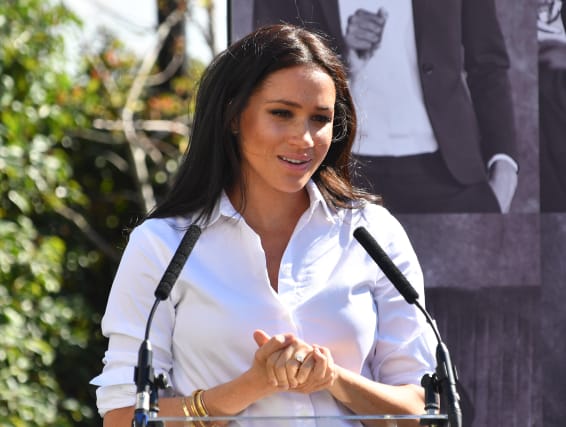 Miscarriage remains a “taboo” subject for many women and couples, according to pregnancy loss charities, after the Duchess of Sussex revealed she lost an unborn child during the summer.

Meghan has been praised for addressing the perceived shame around miscarriage in an article for the New York Times, as sharing personal stories is a “vital step” in tackling the stigma, charity Tommy’s said.

In the article published on Wednesday, the duchess wrote that despite the “staggering commonality of this pain”, the conversation “remains taboo, riddled with (unwarranted) shame”.

Zoe Clark-Coates, founder and chief executive of baby loss and bereavement charity the Mariposa Trust, believes this is due to a stigma around talking about death and grief.

Miscarriage is often seen as a “private thing” between couples, she added, meaning that people are left to “silently grieve behind closed doors and not publicly declare that this is hurting”.

“I think there’s an increase in taboo talking about baby loss, because it’s very much seen as being something a couple goes through, and that’s a private thing.”

“Don’t tell anybody you’re pregnant until after 12 weeks, until after you have had that first scan, just in case you go through loss,” she said.

“And that says within the message, don’t tell anybody if you go through baby loss. So people feel they’re going against a culture, something that’s expected of them, to stay silent about something.”

More than 250,000 people in the UK have a miscarriage every year, while in the US the figure is over one million, according to Mrs Clark-Coates.

“The one thing we shouldn’t feel when going through it is alone. We should feel like we are going through something that so many other people go through,” she added.

“But actually, we do feel isolated and we do feel alone. And that’s because of the silence around the subject, and being encouraged to keep it to ourselves.”

Sophie King, a midwife at Tommy’s, the leading UK charity for research into miscarriage, stillbirth and premature birth, said it is experienced by many but talked about by few.

“One in four pregnancies ends in loss, but it’s a real taboo in society, so mothers like Meghan sharing their stories is a vital step in breaking down that stigma and shame,” she said.