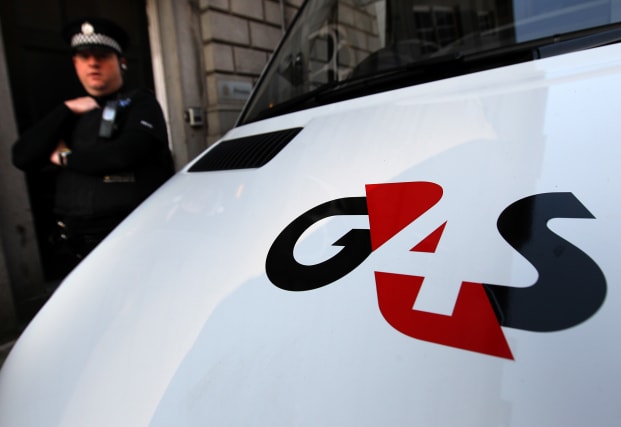 Security giant G4S has said it will resume paying shareholders a dividend, as it tries to fend off a hostile takeover bid.

The company said it is confident it can reach revenue growth of between 4% and 6% every year, with a profit margin of 7% in the medium-term, if it is allowed to continue as an independent business.

It promised to resume the dividend in “2021 and beyond”.

The board of G4S is trying to convince shareholders they will be better off sticking with the current leadership, and keeping their shares, than selling up to Gardaworld, a Canadian rival.

Garda placed a £2.9 billion bid on G4S in September, which G4S rejected as too low. Its market value has since risen to £3.5 billion.

The takeover battle also piqued the interest of US player Allied Universal, which has said it might table its own £3.3 billion bid for the British security company. That bid was also rejected by the G4S board as being too low.

G4S chairman John Connolly said: “G4S has a bright future as an independent company with significant value upside for shareholders.

“The company’s resilient performance and positive outlook enables it to resume the dividend for 2021 and provides clear potential for significant further cash returns to shareholders.”

Mr Connolly will now hope the promise of potential future payouts to shareholders if G4S sells any part of its business will help convince investors not to accept the offer.

It is his last pitch to shareholders before the deadline to accept GardaWorld’s bid expires later this week. Garda has until next Wednesday if it wants to increase its bid.

Allied Universal must make a formal offer by December 9 if it plans to do so.

G4S chief executive Ashley Almanza said: “Our momentum remains very good with contracts won and retained year to date that have an annual value of £2.5 billion.

“G4S is now well positioned to accelerate sustainable profitable growth, and we are confident that we will deliver our financial targets.”

A GardaWorld spokesperson said: “Shareholders should be alarmed that their funds are earmarked to promise an unspecified size and policy on dividends, resuming a year later than G4S’s peers.

“G4S has no future under a senior management team that routinely misses targets, paying unsustainable dividends fuelled by debt and disposals.

“Ours is a programme of growth and investment in G4S, offering the expertise and energy to solve its problems.

“The simple fact is that any value created in G4S’s shares since June has happened only because of us.”