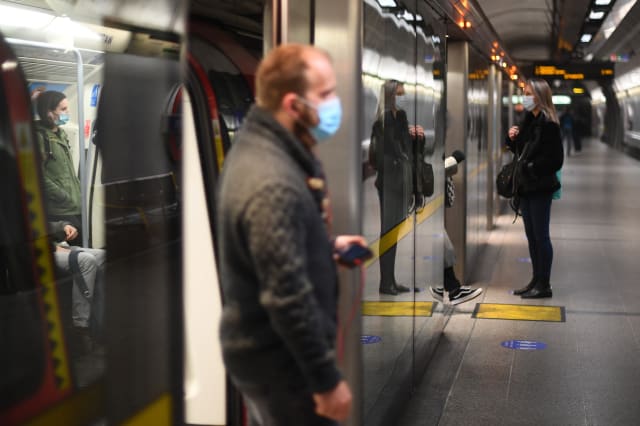 The amount of furlough money claimed by British employees slowed down over the last month, even as the Government extended the scheme until March next year and England went into a second lockdown.

HM Revenue and Customs said that £1.6 billion had been claimed between October 18 and November 15 as part of the Coronavirus Job Retention Scheme.

It is the first figures that include the new lockdown, and brings the total claimed to £43 billion by 9.6 million employees working for 1.2 million companies.

But the amount claimed in the last month is still lower than the £2.1 billion claimed between September 20 and October 18, the statistics show.

The furlough scheme was meant to come to an end on November 1, but was extended at the last minute as England faced harsher lockdown rules that would force companies to stop trading temporarily.

The original extension was to last until December 2, but just days later Chancellor Rishi Sunak added another four months to the end of March.

The data released on Wednesday therefore includes the first two weeks of the extended furlough, but it does not reveal whether the number of people on furlough, and the amount of money paid out, has increased in November.

The scheme offers up to £50,000 to struggling companies.

Even that is a slight decrease from the £2.2 billion lent between September 20 and October 18.

Mr Sunak also extended the deadline for businesses to apply for bounce back loans at the start of the second lockdown, and told businesses who had borrowed less than the full amount that they would be allowed to top up their loans.

So far £42.2 billion of bounce back loans have been provided to businesses.

A little over 60,000 companies have taken out a new loan in the last month.

An extra £1.6 billion as been lent in Coronavirus Business Interruption loans (CBILS), and about £270 million in CLBILS, which is for larger companies.