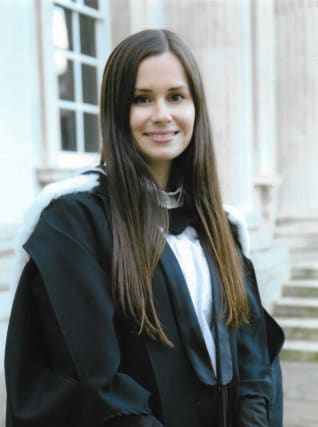 British-Australian academic Dr Kylie Moore-Gilbert said she is departing Iran with “bittersweet feelings” after being released from an Iranian prison.

State media in Iran said the detained Melbourne University lecturer had been released in an apparent prisoner swap on Wednesday.

The Middle Eastern studies expert was picked up at Tehran Airport while trying to leave the country after attending a conference in 2018.

Dr Moore-Gilbert was convicted of spying and sentenced to 10 years behind bars, but has vehemently denied the charges.

She was held in Evin prison where British-Iranian dual national Nazanin Zaghari-Ratcliffe was also imprisoned.

In a statement, Dr Moore-Gilbert said her love for the country had been “strengthened” by her ordeal.

She said: “I have nothing but respect, love and admiration for the great nation of Iran and its warm-hearted, generous and brave people.

“It is with bittersweet feelings that I depart your country, despite the injustices which I have been subjected to. I came to Iran as a friend and with friendly intentions, and depart Iran with those sentiments not only still intact, but strengthened.”

Dr Moore-Gilbert also thanked the Australian government for “working tirelessly” to secure her release, adding: “Thank you also to all of you who have supported me and campaigned for my freedom, it has meant the world to me to have you behind me throughout what has been a long and traumatic ordeal.”

Mrs Zaghari-Ratcliffe has been detained in Iran since 2016 after being sentenced to five years in prison over allegations, which she denies, of plotting to overthrow the Iranian government.

Her husband Richard told the PA news agency the news of Dr Moore-Gilbert’s release had given him “hope”.

He said: “It’s really good news … It was a shock and it was a nice shock and Nazanin was really happy when I told her because she hadn’t seen the news.

“I think probably on a selfish level there’s always a kind of a bittersweet wondering when it’ll be our turn. Of course there isn’t a queue, these things happen in a random order.

“The reality is that whenever there’s movement, there’s hope.”

At a press conference on Thursday, Australian prime minister Scott Morrison refused to comment on the details of Dr Moore-Gilbert’s release.

He said: “Where another sovereign state has made a decision about the release of prisoners, that is a matter for them.

“We need to keep Australians safe in a whole matter of very complex and difficult arrangements and that is the reason why we are so discreet about the handling of these matters, because it can put other Australians at risk.”

‘Woke brigade’ is helping to remind Britons of our great history, says Rees-Mogg

PM too early to tell when we can lift restrictions