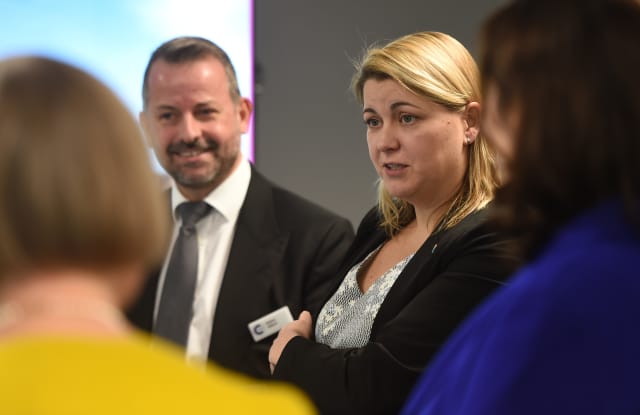 A Foreign Office minister has resigned in protest against the Government’s decision to cut the overseas aid budget, branding the move “fundamentally wrong”.

Chancellor Rishi Sunak announced the aid budget will be cut to 0.5% of gross national income in 2021 – in spite of promises not to reduce it in the Conservative manifesto – adding the Government’s “intention” is to return it to 0.7% when the fiscal situation allows.

Baroness (Liz) Sugg, whose brief included sustainable development, said pledges should be kept in the “tough times as well as the good”.

In a letter to the Prime Minister, she wrote: “Many in our country face severe challenges as a result of the pandemic and I know the Government must make very difficult choices in response.

“But I believe it is fundamentally wrong to abandon our commitment to spend 0.7% of gross national income on development. This promise should be kept in the tough times as well as the good.

“Given the link between our development spend and the health of our economy, the economic downturn has already led to significant cuts this year and I do not believe we should reduce our support further at a time of unprecedented global crises.”

Boris Johnson said he was “very sorry” to receive her resignation, writing in reply that he is “extremely grateful” for her service as a minister.

“Your work has made a difference to millions of girls around the world, and will stand us in good stead for the Global Partnership for Education replenishment event next year,” he said.

“In addition, your leadership and rigour in the lead up to and during the Africa Investment Summit made it the enormous success it was.

“Your passion and commitment to your work has been clear to civil servants and your ministerial colleagues, and I know that the FCDO will miss you.”

Foreign Secretary Dominic Raab added: “Liz has been a great minister and we will sorely miss her.

“She can be proud of her record championing girls’ education, promoting gender equality, supporting our Overseas Territories and the UK’s vital relations in the Caribbean. I am sorry to see her go.”

Baroness Sugg previously served as director of operations and campaigns at Downing Street under then-prime minister David Cameron before she became a Conservative life peer in 2016.

Mr Mitchell led Conservative opposition to the policy in the Commons, and it now looks likely to face a parliamentary showdown when the expected legislation to implement the change is brought forward by the Government.

The 0.7% target is written into law and Mr Johnson’s 2019 election manifesto promised to keep it.

Conservative Tobias Ellwood, the Defence Committee chairman, warned China and Russia are likely to extend their “authoritarian influence” as a result of the “vacuum” created by the UK “downgrading” its soft power programmes.

The UK will be “poorer in the eyes of the world” due to the aid cuts, Conservative former foreign secretary Jeremy Hunt added.

Outside the Commons, the Archbishop of Canterbury attacked the Government for its “shameful and wrong” cuts.

Mr Sunak said the UK’s annual aid spend from 2021 is expected to be £10 billion under the temporary cut – compared to the previous figure of £15 billion.

Elsewhere, the Chancellor announced a new £4 billion “Levelling Up Fund” for communities across the country in a Spending Review he said “delivers on the priorities” of the British people.

But Mr Mitchell told the Commons: “As a result of the pandemic here in the UK, 50,000 people have died and we are rightfully moving heaven and earth to prevent more deaths here at home.

“But is (Mr Sunak) aware his proposed breaking of the 0.7% promise and the 30% further reduction in cash will be the cause of 100,000 preventable deaths, mainly among children?

“This is a choice I for one am not prepared to make and none of us in this House will be able to look our children in the eye and claim we did not know what we were voting for.”

Mr Sunak said he believes the UK can “still make a difference” to the world’s poorest countries under the Government’s plans.

He added: “I think the most pressing issue that the developing world faces at the moment is the ability to deliver and deploy a coronavirus vaccine. He will know that we are the largest donor globally to the COVAX Advance Market Commitment, the global initiative which is supporting development countries’ access to vaccines.”

Mr Ellwood later said: “Downgrading our soft power programmes will lead to vacuums in some of the poorest parts of the world that will further poverty and instability, and is likely to see China and indeed Russia extend their authoritarian influence by taking our place.

“We cannot genuinely claim to be global Britain nor serious about creating post-conflict strategies for countries like Libya and Yemen that could lead to great UK prosperity when our hard power is not matched by our soft power.”

But some on the Tory backbenches were supportive, with Philip Davies (Shipley) insisting people in the “real world” will back the cut.

Mr Davies added: “I suspect that the vast majority of the British public won’t be asking why has he cut so much, they will probably be asking why are we still spending so much.”

Oxfam chief executive Danny Sriskandarajah said: “Cutting the UK’s lifeline to the world’s poorest communities in the midst of a global pandemic will lead to tens of thousands of otherwise preventable deaths.”

Environmental and aid campaigners warned the move puts the UK’s global climate leadership at risk ahead of the United Nations Cop26 summit next year.

Funding to help poorer countries cope with climate change and development cleanly is always a key issue at the international talks.

Greenpeace UK’s head of politics, Rebecca Newsom, said: “It will hinder poorer countries’ ability to tackle and adapt to the climate emergency, and sour the UK’s diplomatic relationships in the run-up to the crucial Glasgow climate conference next year.”

The Foreign Secretary is expected to make a Commons statement on Thursday setting out how the reduced aid budget will be used.

Whitehall sources insisted that by exercising rigorous control over the budget – now within the Foreign Office after DfID was scrapped – the Government will be able to deliver more with less.

But officials acknowledged that there was unrest on the Tory benches and the legislation could face a battle in Parliament.