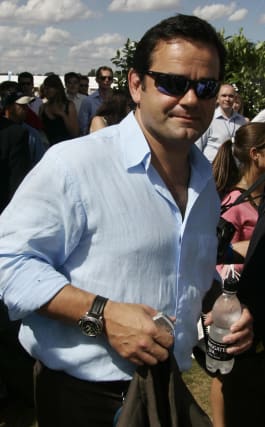 A Welsh Government minister has criticised former England rugby captain Will Carling for tweeting “rubbish” about the coronavirus pandemic.

Health and social care minister Vaughan Gething said Carling had a “significant social media following” and people would believe what he said.

Carling, who won three Five Nations Grand Slams and led England to the 1991 World Cup final, has recently shared tweets from biochemist Mike Yeadon, including one about a video criticising the lockdown being removed from YouTube.

Mr Gething said some people do not get information about the pandemic from politicians, health officials or the media.

“While there are high numbers of people getting that information there, there are people who don’t. It’s also the case there are lots of people who will start by mistrusting or not believing what a politician says,” Mr Gething said.

“As much as I smile at people, not everyone will accept everything that I say and so we recognise there needs to be a multiplicity of voices.”

Mr Gething, who was speaking at the Senedd’s health, social care and sport committee, said there is a “rising tide of denial and conspiracy theories” which has led to health staff receiving abuse.

“I saw something, and I can mention his name, because Will Carling tweeted something that I thought was rubbish, and there are a range of other healthcare professionals saying this is not true,” Mr Gething said.

“Now, Will Carling may not be a voice that people in Wales will necessarily listen to and seek public health advice from.

“He’s someone who has got a significant social media following and there are people who buy in and have a level of trust in messages that he, and other people, to be fair, put out.

“I’ve seen also from Denise Welch and others.”

“Endorsement of positive, accurate public health messaging and advice and asking people to think about what they do from a range of different voices is really important,” he said.

“We’ve got to work with how people use information, to get information now rather than trying to pretend that a broadcast on BBC and ITV will get to the whole population and there will be buy-in from that.

“That might have been the world that I grew up in, but the world is very, very different now.”