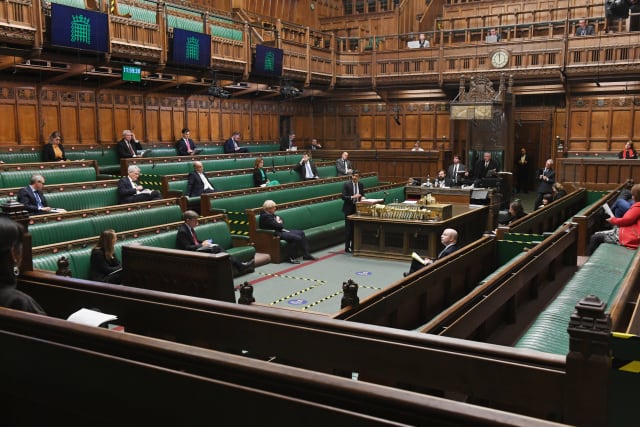 Boris Johnson has urged the independent body responsible for setting MPs’ pay not to go ahead with its recommended increase.

It comes after more than 50 Conservative MPs called on the Independent Parliamentary Standards Authority (Ipsa) to impose a pay freeze for parliamentarians next year.

In a letter to the interim chairman of the body, Richard Lloyd, the MPs rejected its recommendation for their pay to rise by £3,300.

They argued that, with constituents facing financial uncertainty because of the coronavirus pandemic, they should help to “shoulder the burden”.

At Prime Minister’s Questions, the issue was raised by Conservative Dehenna Davison (Bishop Auckland), who co-ordinated the letter signed by 52 Tory MPs.

She told the Commons: “I’m sure, like me, the Prime Minister welcomes the incredibly valuable contribution of our essential workers in keeping our society moving, our economy turning and keeping us safe.

“But we know that many of our constituents are facing challenges through Covid.

“So on that note, does the Prime Minister agree with me and many colleagues that as we are having intense discussions on how to balance the nation’s finances, that now is not the time for an MPs’ pay rise?”

Mr Johnson replied: “Yes, I do agree with that and that is why we have frozen ministerial salaries this year – as indeed they have been frozen by successive Conservative governments since 2010.

“And I know that Ipsa (Independent Parliamentary Standards Authority) will have heard (Ms Davison) and I’d encourage them not to proceed.”

The comments by the Prime Minister come on the day that Chancellor Rishi Sunak set out the UK Spending Review and OBR Forecast.

In a statement to Parliament, he said he “cannot justify a significant, across-the-board” pay increase for all public sector workers in the circumstances.

He told MPs: “Taking account of the pay review bodies’ advice, we will provide a pay rise to over a million nurses, doctors and others working in the NHS.

“Second, to protect jobs, pay rises in the rest of the public sector will be paused next year.

“But third, we will protect those on lower incomes.

The Chancellor said the “majority” of public sector workers will see their pay increase next year.