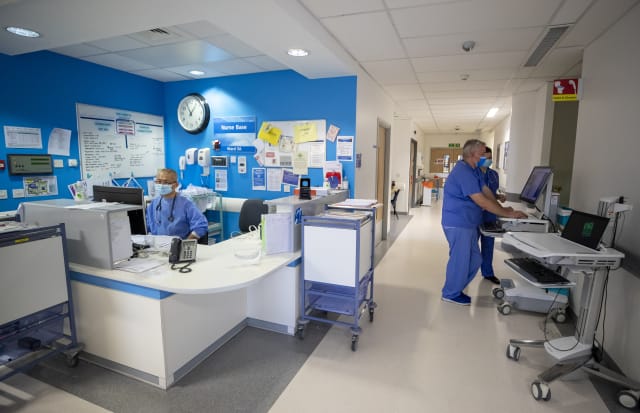 The UK has recorded its highest daily coronavirus death toll since mid-May, with a 10-year-old boy among those to have died in hospital after testing positive for the virus, data shows.

A further 608 people had died within 28 days of testing positive for Covid-19 as of Tuesday, taking the UK total to 55,838, according to the Government’s coronavirus dashboard.

This is the highest daily total since 614 deaths were reported on May 12 – but there is often a delay in the reporting of deaths over the weekend.

Separate figures published by the UK’s statistics agencies for deaths where Covid-19 was mentioned on the death certificate, together with additional data on deaths that have occurred in recent days, show there have been more than 71,000 deaths involving Covid-19 in the UK.

Data shows that a 10-year-old boy was among a further 353 people who have died in hospital in England after testing positive for the virus.

NHS England said on Tuesday that the patients were aged between 10 and 100 and the majority had known underlying health conditions.

A total of nine, aged between 31 and 90, did not have underlying conditions, it added.

The deaths were between October 24 and November 23 and take the total number of confirmed deaths in hospitals in England to 38,865, NHS England said.

Fourteen other deaths were reported with no positive Covid-19 test result.