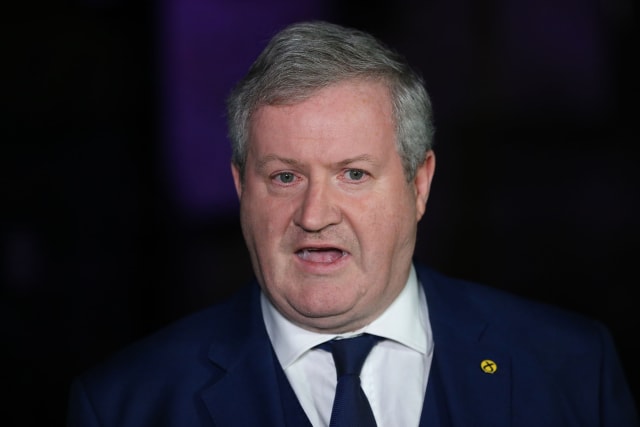 Nicola Sturgeon has said the SNP’s Westminster leader Ian Blackford showed “grace and dignity” after apologising to an English photographer he accused of breaking travel restrictions.

The First Minister defended Mr Blackford after he was described as a “vigilante” for questioning Ollie Taylor on Twitter.

In a now-deleted tweet, Mr Blackford asked Mr Taylor for a “valid reason” why he had posted a photo of the northern lights in the sky over Caithness, having wrongly assumed he lived in England and was therefore breaching coronavirus rules.

He wrote: “As you live in the south of England and travel to Scotland is only for permitted reasons I am sure there will be a valid reason as to why you are posting a photo from the north of Scotland last night?”

Several of Mr Taylor’s previous tweets stated he has moved to Scotland.

After deleting the tweet, Mr Blackford wrote: “As the local MP for Ross, Skye and Lochaber I know my constituents feel very strongly about the breaking of travel restrictions that we see across the Highlands and islands, which puts people’s lives and our public services at risk.

“I will continue to stand up for my constituents who frequently raise these concerns with me but I recognise that it was wrong to query an individual on Twitter and I apologise to @OllieTPhoto for my earlier post, which I have deleted.”

In a question to the First Minister after her coronavirus statement on Tuesday, Scottish Liberal Democrat MSP Alex Cole-Hamilton said: “The balance and proportionate enforcement of travel restriction by Police Scotland is vital to ensuring compliance with them – that duty is theirs and theirs alone.

“But the First Minister will have seen the disgraceful tweet from Ian Blackford to his 100,000 followers last night singling out and bullying a private citizen who had relocated here from England.

“Does she support vigilante action from her MPs like this and what steps did she take to address Mr Blackford’s behaviour?”

The SNP leader replied: “I saw Ian Blackford apologise for doing something that he recognised he shouldn’t have done on Twitter and I think that’s the right thing, when people get something wrong, is to readily apologise for it.

“I think that’s the grace and dignity that I associate with Ian Blackford every single day of the week.”

Scottish Conservative MSP Annie Wells said afterwards: “It was pretty cowardly that the First Minister didn’t do the right thing this afternoon and call out the SNP’s Westminster leader for harassing a private citizen.

“Ian Blackford should be ashamed of himself. He purposely went after an individual who simply wanted to share a lovely photo on Twitter for people to enjoy.

“I’m afraid it is the same old story with the SNP – stoke up division and when challenged, simply hold up their hands feigning innocence. It is pathetic.”