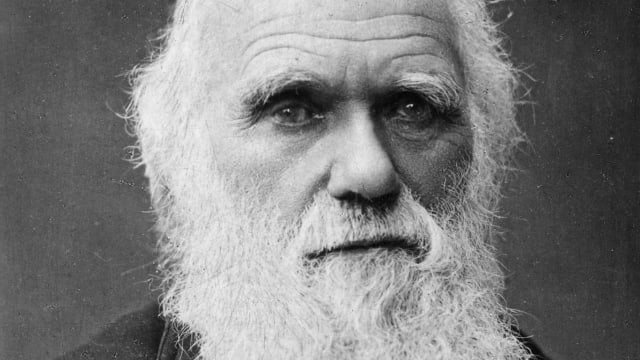 Two Charles Darwin manuscripts have been reported as stolen from Cambridge University Library two decades after they were last seen.

Staff believed that the precious items had been “mis-shelved” within the vast archives late in the year 2000 and the matter was not reported to Cambridgeshire Police until October 20 this year.

The force said it has launched an investigation and notified Interpol.

It is difficult to estimate the value of the notebooks given their unique nature but it would probably run into many millions of pounds, the library said.

The two notebooks, including Darwin’s seminal 1837 Tree of Life sketch, were removed from storage to be photographed at the library’s photographic unit, where the work was recorded as completed in November 2000.

During a subsequent routine check in January 2001 it was found that the small blue box containing the notebooks had not been returned to its proper place.

Dr Jessica Gardner, university librarian and director of library services since 2017, said: “My predecessors genuinely believed that what had happened was that these had been mis-shelved or misfiled and they took forward extensive searches over the years in that genuine belief.

“Now we have completely reviewed as a new team what happened and come to a conclusion that that’s not a sufficient position or set of actions to take.”

She said that “extensive building work” was taking place at the library at the time that the items were found to be missing.

There have been continuous searches since the notebooks went missing, she said, and it is now thought “likely that theft occurred”.

An appeal for information has been launched on the advice of external experts, including at the Metropolitan Police’s arts and antique specialist crime unit, Dr Gardner said.

She said there are currently no leads.

Dr Mark Purcell, deputy director of Research Collections, said he is confident the manuscripts could not be sold on the open market and it is possible they have “gone to ground”.

He said he hoped for a similar outcome to that of London’s Lambeth Palace, where items were stolen after bombing during the Second World War.

“Forty-plus years later, quite literally as the consequence of a deathbed crisis of conscience, those items came to light and were returned to Lambeth and I think that’s the sort of outcome which we and all institutions of this kind would clearly wish to hope for,” he said.

Cambridge University Library has more than 210km (130 miles) of shelving and is home to around 10 million books, maps, manuscripts and other objects.

A fingertip search of key areas was carried out early this year, including the whole of the Darwin Archive which comprises 189 archive boxes, but this failed to locate the notebooks.

Dr Gardner said that security policy was different 20 years ago, adding: “Today any such significant missing object would be reported as a potential theft immediately and a widespread search begun.”

“We’ve devoted the whole of our careers to the preservation of cultural heritage and we’re devastated by what has happened.”

The two Darwin notebooks had previously been digitised and their content is available online.

Professor Stephen J Toope, vice-chancellor of the university, said: “Cambridge University Library is one of the world’s great libraries and home to globally important collections, assembled and cared for over six centuries, and encompassing thousands of years of human thought and discovery.

“As a result of this appeal for help, we hope to locate the missing Darwin notebooks and restore them to their rightful place alongside the University Library’s other treasures, making them available to scholars and researchers in the centuries to come.”

Anyone who may have information about the missing notebooks is asked to contact Cambridge University Library via email at ManuscriptAppeal@lib.cam.ac.uk