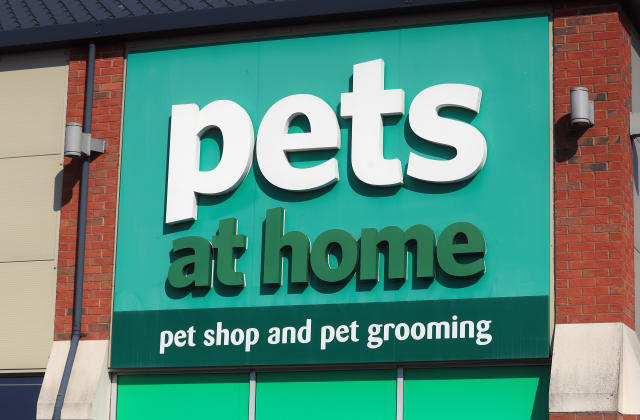 Pet ownership in the UK is going through a so-called “baby boom” with the Covid-19 pandemic seeing a surge in new owners, according to the boss of Pets At Home.

Chief executive Peter Pritchard told the PA news agency he believes this will see a boost in pet food sales, vets services and grooming as households welcome new animals into their lives.

He said: “We see this as a baby boom because there has been a significant step up in ownership.

“The long-term requirement is the lifetime of the pet and, with more people working from home, more people can have pets at home.”

Since the pandemic, the company has enjoyed “essential” retail status – meaning stores could remain open throughout the lockdown – helping sales rise 5.1% to £574.4 million in the six months to October 8 compared with the same period a year ago.

In-store sales grew during the period, up 5.8%, helped by a 12.5% surge in the second quarter during the summer, as lockdown restrictions eased and customers returned to the shops.

Online was particularly strong, with growth of 65.8% and customers making use of click and collect services. Sales using the company’s online services now account for 15% of all sales, Mr Pritchard said.

Pre-tax profits rose 14.6% to £38.9 million, although the company’s preferred measure of underlying pre-tax profits, which strips out one-off costs, was down 5.1% to £39.6 million.

Mr Pritchard added: “When people get dogs, they are thinking of dog walkers, doggie day care, veterinary services and the like. They do an awful amount of research – it’s like having a child.”

He said the company’s Puppy & Kitten Club has seen record sign-ups but also pointed out that the majority of people getting new pets already have at least one.

“The vast majority of pets are people who already have pets. We’re seeing more people with pets already rather than new pet owners,” he said.

Part of the boost has come from flexible working, which he believes will allow office workers to spend more time at home with their new pets.

He said: “People are working on a basis of a flexible lifestyle. There has been a really interesting flip – the old phrase used to be you worked from home now and again to escape the office.

“Now it’s the reverse and people are escaping the home to go to the office.”

The company added that the number of VIP club members increased 15% year on year to six million, with continued growth in those using services and buying products, despite restrictions.

And Pets At Home now has nearly one million customers signed up to subscriptions for products and services – generating sales of £80 million a year, it added.

The business said: “At this stage, absent any escalation of restrictions, or other significant disruption to our operations, we now anticipate full-year underlying pre-tax profit to be in line with the prior year, with the estimated financial impact of the pandemic not fully offset by this year’s business rates relief.”