No reasonable jury would have convicted Lockerbie bomber, court told 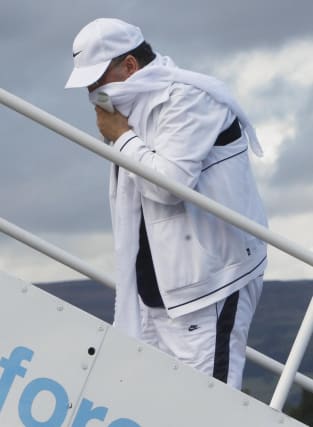 No reasonable jury could have convicted the late Abdelbaset al-Megrahi of the Lockerbie bombing, appeal court judges have heard.

A third appeal against his conviction began at the High Court in Edinburgh on Tuesday.

Claire Mitchell QC, representing the Megrahi family, said the original trial court agreed the disaster was caused by the explosion of an improvised explosive device in a Toshiba cassette player.

It was in a brown Samsonite suitcase along with various items of clothing that were bought at Mary’s House in Malta.

The court heard that during the trial, shopkeeper Tony Gauci gave evidence that a man resembling Megrahi had purchased the items of clothing at his store.

She said the Crown case in the original trial was that the suitcase was loaded on to flight KM180 at Luqa airport, Malta, which flew to Frankfurt.

The bag was then transferred to a feeder flight for Pan Am 103 from London and on to that flight itself.

She said the Crown case did not establish how the suitcase, referred to as the “primary suitcase”  was loaded on to the flight from Malta.

Ms Mitchell said: “The absence of any other explanation of the method by which a primary suitcase might  have been placed on board KM180 is a major difficulty for the Crown case and one which has to be considered along with the rest of the circumstantial evidence.

“That is a critical issue because I say in this case that the way in which that major difficulty was overcome was by the court making the finding that on December 7 the appellant (Megrahi) purchased the clothing, which was found in the suitcase containing the bomb.”

Appeal judges heard the trial court found the reliable parts of Mr Gauci’s evidence were the person who purchased the clothes was Libyan and the clothes were bought from his shop.

The High Court heard on Tuesday that Mr Gauci said Megrahi resembled the buyer but did not make an unequivocal identification.

Ms Mitchell said there were questions over whether the date of the purchase was December 7 1988, a date when the Crown could prove that Megrahi was in Malta, or a different date.

She suggested the evidence did not reach the necessary base level of quality.

The QC told the court: “It is submitted in this case that no reasonable jury, properly directed, could have returned the verdict that it did, namely the conviction of Mr Megrahi.”

The appeal, which is taking place virtually, began on Tuesday and is being heard before five judges including Lord President Lord Carloway.

Megrahi’s first appeal against his conviction was refused by the High Court in 2002 and was referred back five years later following an SCCRC review.

Megrahi returned to Libya and died in 2012.