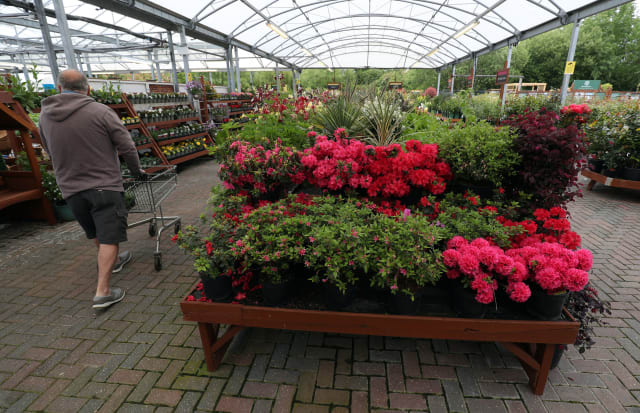 TV gardener Monty Don has joined horticultural and environmental charities to call for a ban on the use of peat in compost by 2025.

Environmental groups have warned that voluntary targets to end peat in compost for gardeners and professional plant growers have failed.

Without a legal ban, important peat habitats will continue to be destroyed and it will be hard for the Government to meet its goals to boost nature and tackle the climate crisis, they said.

The National Trust, Friends of the Earth, the RSPB, the Royal Horticultural Society, Plantlife International, CPRE the countryside charity, The Wildlife Trusts, Garden Organic, and Wildlife and Countryside Link are calling for a ban.

Healthy peatlands trap in carbon, helping to reduce emissions and tackle climate change, as well as helping to control flooding by holding water and encouraging plants and vegetation that provide homes for an array of wildlife.

But they lose these functions if the peat is damaged, for example by being dug up and removed for sale, and emit carbon emissions instead, the groups warn.

In an open letter to Environment Secretary George Eustice, they say a total ban on peat in compost, including its extraction in the UK, its import, export and sale in both the retail and professional sectors, should be brought in by 2025 at the latest.

Joining their call, Mr Don warned that the continued use of peat in compost is “an act of environmental vandalism”.

The move comes after figures from the horticultural industry showed the use of peat declining, but at a rate which would take decades to phase it out altogether.

A voluntary target to end its use by amateur gardeners by 2020, set by the Government in 2011,  has been missed, with peat continuing to make up 44.6% of compost sold in the retail sector in 2019.

More than two million cubic metres of peat was sold or used in the UK in 2019, the majority imported from the Republic of Ireland and other EU countries, with the remainder coming from the UK.

Mr Don said: “There is no garden, however beautiful, that justifies the scale of environmental damage or contribution to climate change that peat use causes.

“The fact that it also significantly contributes to the release of CO2 and aggravates the effects of climate change adds salt to a grievous wound.”

The broadcaster, writer and celebrity gardener added: “The time has come for the Government and Parliament to impose a total ban on all peat production and sales.”

Paul de Zylva, nature campaigner for Friends of the Earth, said: “It is extraordinary that the Government is allowing peat use to undermine its ability to act on climate change and restore nature.

“The gardening sector has had a decade to end peat use and to start giving its customers genuine choice to buy truly peat-free composts.

“An outright ban or a levy on its sale could be the only way to stop garden centres and DIY stores profiting from the sale of this natural asset at rock-bottom prices.”

Environmental groups are also calling for publication of the long-awaited England peat strategy, with targets and funding to restore peatlands in the country.

An Environment Department (Defra) spokesperson said: “We are committed to phasing out the use of peat in horticulture in England by 2030, and are looking at how legislation can achieve this.

“We urge all gardeners to play their part and only use peat-free products.”

The spokesperson also said the Government was investing £10 million to improve the condition of peatlands.