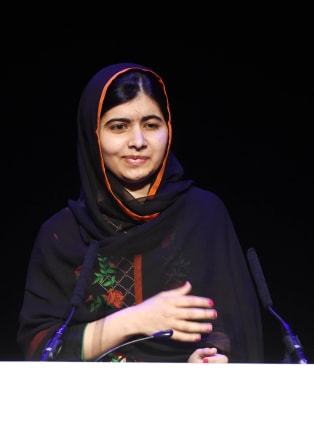 Chancellor Rishi Sunak is expected to announce that he is suspending the UK’s commitment to spend 0.7% of national income on overseas aid, with a cut to 0.5% thought likely.

“When you announce spending priorities tomorrow, I hope you’ll deliver on that promise.”

The Pakistani human rights activist, who won the Nobel Peace Prize in 2014 for her work campaigning for girls to have a universal right to education, is the latest figure to speak out against the expected aid cut.

Fellow Nobel laureate Kailash Satyarthi said in a letter to Prime Minister Boris Johnson the rumoured reduction would be “immoral and dangerous”.

Mr Satyarthi, who shared the 2014 Nobel Peace Prize for his work on children’s rights, wrote to Mr Johnson setting out his concerns about a foreign aid cut in the middle of the coronavirus pandemic.

He said: “This year the world has faced a common enemy like never before, yet the response so far has been to look after the richest and leave the poorest to fend for themselves.

“History will judge this harshly and it will be unforgivable if leaders now cut one of the few sources of support for the most marginalised.

“Such a cut would exemplify the gross inequality that is starting to define our times; it is difficult to imagine anything more inhumane.”

Former prime ministers David Cameron and Tony Blair, as well as former Scottish Conservative leader Ruth Davidson, have all previously criticised the expected aid cut, with Mr Cameron warning the move would be a “moral, strategic and political mistake”.

The 0.7% target is written into law and Mr Johnson’s 2019 election manifesto promised to keep it.

The Prime Minister’s official spokesman would not confirm the expected cut but said Mr Johnson had stressed that “the people of this country should be proud of the support we give around the world”.

“The UK is and will remain one of the biggest contributors of aid of any country,” the spokesman said.

“But, as we have said, it is important to look at where savings can be made and to ensure that aid spending is used effectively.”