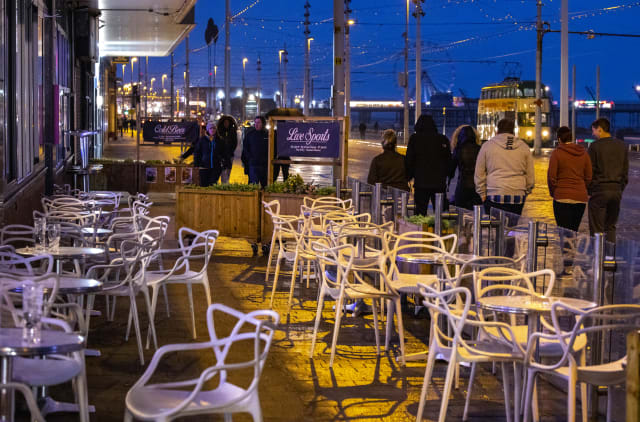 Local authorities in Lancashire are demanding £20 million in Government funding to cover a three-week period of Tier 3 restrictions before the whole of England went into lockdown.

The leaders of all 15 authorities have signed a joint letter to the Prime Minister’s chief strategic adviser, Sir Ed Lister, outlining “serious concerns” over the “apparent disregard” for an agreement reached in mid-October which secured an extra £30 million to cope with the Tier 3 measures.

They say London and other southern areas could receive the same compensation for the four-week lockdown as Lancashire will for seven weeks of restrictions, which they labelled as “unfair and divisive”.

The funding package to support businesses and the economy was to be used over six months as pubs and bars closed from October 17 while other businesses such as bookmakers, bingo halls and soft play areas followed two days later.

In their letter to Sir Ed the authority leaders said “neither the monies nor the guidance supporting the details of the agreement were received in Lancashire in a timely fashion” which hampered their ability to support businesses.

The letter went on: “On 5 November, the English four-week national lockdown commenced and all local authority areas were provided a payment of £20 per head of population, a sum equivalent to that offered to Lancashire under the individual deal we had agreed for LAL3 (local alert level 3).

“We have been advised that Lancashire will receive no additional funds despite the fact that we are now essentially subject to seven weeks of restrictions.

“This is inherently unfair and divisive. It is likely that London and other areas, predominantly in the South, will receive the same compensation for four weeks of restrictions.

“We delivered what we said we would and in a cohesive and effective manner we implemented the local closures and restrictions, including effectively closing down our important hospitality sector.

“We urge you to deliver your part of the agreement, and provide us with the appropriate funding for those additional three weeks. We consider £20 million to be the reasonable additional sum to cover that 19-day period.

“In considering this, we ask you to note that parts of Lancashire have faced restrictions of one kind or another for longer than any other part of the country. For a county that already experiences significant structural inequalities and which will require considerable long-term support to help us level up, this has been economically devastating.

“We are losing £328 million every 28 days from our economy and we expect this to increase to £1 billion in the run-up to the Christmas period. The funding we have received is simply insufficient.”

The leaders also told Sir Ed more cash is needed to support individuals self-isolating, as a number of authorities have already exhausted the original funding allocations and many others are nearing the same position.

Geoff Driver, Conservative leader of Lancashire County Council, said: “Before national lockdown we had long, detailed and constructive negotiations with Government to agree a financial package for businesses affected as a result of Lancashire going into what was then Tier 3.

“This set the framework for the financial support being offered to other Tier 3 areas and now the whole of England for going into national lockdown. However, we did not receive the support for the three-week period before the national lockdown when we were in Tier 3.

“I cannot stress enough how vital this funding is for business across the county, which is why all of Lancashire’s 15 leaders have set aside political differences to make the case to Government to provide us with this support.

“It is really disappointing that we haven’t had this, not least because Lancashire has been ready, willing and able to work with central Government to support our people and businesses throughout this pandemic – and we remain so. I would urge Government to pay us the money we are due.”