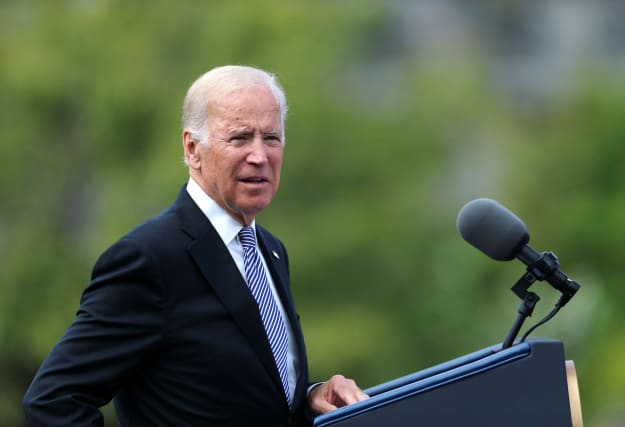 US President-elect Joe Biden has stressed the importance of keeping the Irish border open following Brexit.

"The idea of having a border north and south once again being closed is just not right, we've just got to keep the border open."

Mr Biden discussed Brexit with Prime Minister Boris Johnson earlier in November during one of his first phone calls to other world leaders as president-elect, warning him Brexit must not jeopardise the Northern Ireland peace process.

Mr Biden previously touched upon the 1998 Good Friday agreement during his presidential campaign, tweeting in September: "We can't allow the Good Friday Agreement that brought peace to Northern Ireland to become a casualty of Brexit.

"Any trade deal between the US and UK must be contingent upon respect for the Agreement and preventing the return of a hard border. Period."

Negotiations between the UK and European Union on a post-Brexit trade deal resumed on Monday following technical discussions over the weekend.

Problematic issues including fishing rights, the "level playing field" aimed at preventing unfair competition in areas such as workers' rights and state subsidies and the governance of any deal are yet to be resolved.