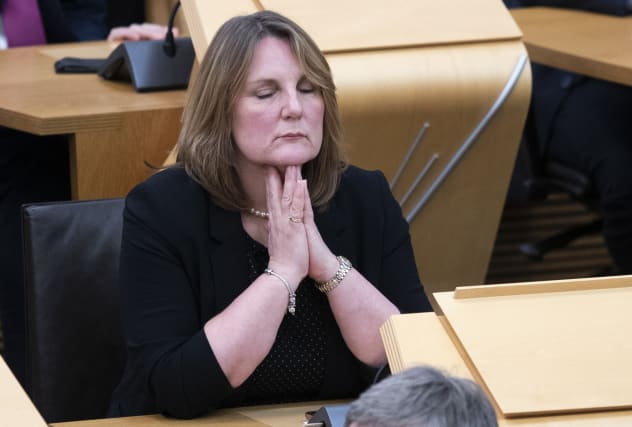 Former Scottish Conservative leadership candidate Michelle Ballantyne has quit the party over its “positioning on policy and, indeed, its principles”.

She announced that she will continue as a regional MSP for the South of Scotland as an independent, despite being invited to enter parliament as a Scottish Conservative list candidate in 2017.

In her resignation letter to Mr Ross and the Tories’ leader at Holyrood, Ruth Davidson, Ms Ballantyne wrote: “It is with great sadness that I have decided to resign today from the Scottish Conservative and Unionist Party.

“That said, I recognise and respect the work Douglas, Ruth, and their team are putting in to re-shape the future of the Scottish Conservatives and the party’s position going forward.

“However, as Douglas indicated in his address to our party conference, there are differences arising for some in the party’s positioning on policy and, indeed, its principles.

“Sadly, for me, this means I no longer feel that the party and I are a good fit.

“I have not taken this decision lightly and I wish both Douglas and Ruth, as well as all my colleagues, the very best going forward.

”I’m looking forward to continuing to represent my constituents across South Scotland as an independent MSP and champion local issues at Holyrood.

In a joint statement, Mr Ross and Ms Davidson said: “We would both like to thank Michelle for her service to the Scottish Conservatives down the years.

“As well as her time on Scottish Borders Council and in the parliament, she has also been an active member of the voluntary party.

“We wish her well for the future.”

Following Mr Carlaw’s abrupt resignation after just six months in the post, Ms Ballantyne said he was “pushed” from the position of leader and suggested it was orchestrated by the Westminster party.

At the time, she said she did not want “another stitch up where somebody gets foisted on us” but added: “I’m happy he’s gone.

“I never thought he was the right person.

“I think the party did make a bad choice in making him leader.”

Senior Tories plan to rebel to back Labour on Universal Credit