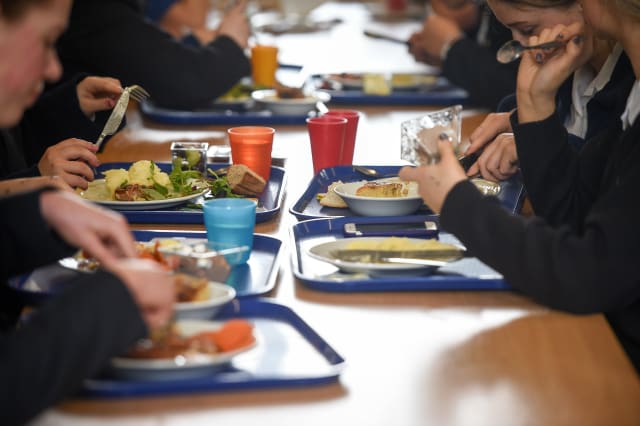 Catering giant Compass has warned over further action to overhaul the business after the pandemic sent annual profits plummeting by 76%.

The group’s pre-tax profits slumped to £427 million for the year to September 30 from £1.7 billion previously as the crisis devastated the global hospitality industry and impacted upon its school and workplace canteen services.

Compass said it returned the business to profit in its final quarter after renegotiating contracts, cost control and seeing some improvement in trading.

But it said it would continue to overhaul its operations, with ongoing “resizing” actions to weather the coronavirus crisis.

It has already slashed annual labour costs by around £280 million at sites such as offices, factories and sports venues, with another £70 million trimmed from its head office operations.

It did not reveal how many roles have been axed, though the group employs a large number of casual staff and said it was able to limit job losses through Government support schemes.

Its largest market is north America.

He added: “Although the prospects of a vaccine are encouraging, the resumption of lockdowns in some of our major markets shows that we have to continue to take proactive actions to control the controllable and ensure the business can thrive despite the ongoing pandemic.”

The pandemic has seen schools close and events cancelled worldwide, with catering to businesses also badly hit as lockdowns have forced offices to shut and workers to stay at home.

Compass raised £2 billion in new capital in May to boost its balance sheet, which came on top of efforts launched in April to slash its overall cost base by £500 million a month, including axing its interim and final shareholder dividend payouts and cutting executive salaries.

Shares in the group lifted 5% after its full-year figures.

Analyst Anna Barnfather at Liberum said the focus was now “on the outlook” for Compass.

“While existing business remains depressed, particularly in business and industry, sports and leisure, it is encouraged by the strong pipeline of new business in other areas,” she added, pointing to growth sectors such as hospitals and care homes.