Trial to ‘test close contacts every day for a week’ 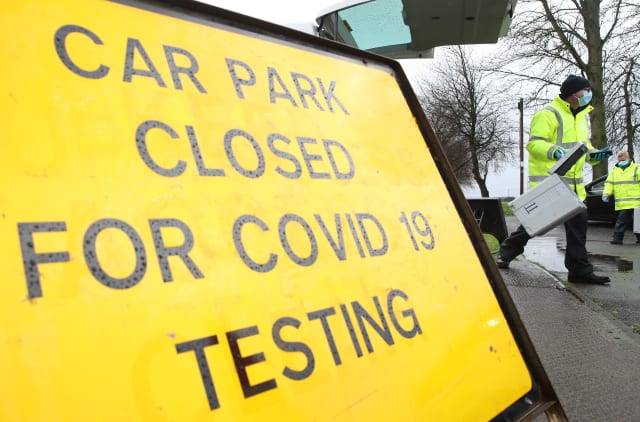 People who are in close contact with those who test positive for Covid-19 could soon be offered a test every day for a week to see whether they have coronavirus, the Prime Minister has said.

The move, which is to be trialled in Liverpool later this week, could see an end to automatic self-isolation for close contacts unless they themselves test positive, Boris Johnson said.

The concept of self-isolation has drawn much debate.

Global health officials have said the only way to control the virus is to have effective test, trace and isolate systems in place.

But others have argued that placing people in quarantine can cause both economic and mental health hardships.

Meanwhile, Mr Johnson also announced other changes to the testing system including:

– Mass community testing for six weeks in regions subject to the most stringent Tier 3 restrictions.

– Weekly tests for care workers looking after people in their own homes.

– From next month, weekly tests for prison staff, food manufacturers and those delivering and administering Covid vaccines.

Mr Johnson told the House of Commons: “We will use daily testing to ease another restriction that has impinged on many lives.

“We will seek to end automatic isolation of close contacts of those found positive.

“Beginning in Liverpool later this week, contacts who are tested every day for a week will only need to isolate if they themselves test positive.

“If successful this approach will be extended across the health system next month and to the whole of England from January.

“We are of course working with the devolved administrations to ensure that Wales, Scotland, Northern Ireland also benefit from these advances in rapid testing.”

Mr Johnson said that the rapid turnaround tests, which give results in 30 minutes, are being deployed in the NHS and care homes.

This would mean “people will once again be able to to hug and hold hands with loved ones instead of waving at them through a window,” he added.

He said that by the end of the year every care home resident will have two visitors who can be tested twice a week.

Care workers looking after people in their own homes will be offered weekly tests starting immediately, he added.

And from next month, weekly tests will also be available for staff in prisons, food manufacturing and those delivering and administering Covid vaccines.

He added that testing will also allow students to go home safely for Christmas.

“But there is another way of using these rapid tests,” he added.

“That is to use the example of Liverpool where in the last two and half weeks over 200,000 people have taken part in community testing contributing to a very substantial fall in infections.

“So together with NHS Test and Trace and our fantastic Armed Forces we will now launch a major community testing programme offering all local authorities in Tier 3 areas in England a six week surge of testing.

“The system is untried and there are many unknowns but if it works we should be able to offer those who test negative the prospect of fewer restrictions – for example meeting up in certain places with others who have also tested negative.”