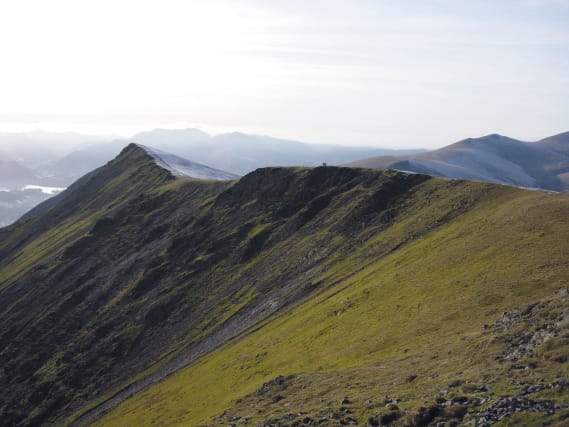 A couple on their second date saw their romantic walk up a Lake District hill ending in a five-hour rescue operation.

The pair were attempting to climb Sharp Edge on Blencathra on Saturday when slippery conditions forced them to turn back.

But during the descent towards Scales Tarn, a man fell 60 metres down a rocky slope onto a ledge, while his female partner was stuck on a crag, according to Keswick Mountain Rescue Team.

The team posted on Facebook to say 25 Keswick team members were involved in the rescue after being called out at around 3.20pm, with one team tending to the man on the tarn and the other heading for the stuck woman.

The weather at the time meant the requested helicopters from the Coastguard and air ambulance were unable to assist directly with the rescue, but the man was taken to hospital in Glasgow by air after being brought down the peak.

Rescuers said: “Apparently, despite the drama of their second date a third one has already been discussed.”